Best places to visit in ALASKA

Are you planning a trip to Alaska and wondering what are the best places to visit in Alaska?

Alaska is one of America’s remotest states, and it’s the remoteness of it that makes Alaska such a unique destination.

Alaska boasts the largest wilderness area in the United States. Enjoy world-class national parks, some of the world’s most breathtaking natural landscapes, glaciers, majestic mountains, wildlife encounters and so much more!

But how to plan a trip to Alaska?

To start off, check out this list of some of the best places to visit in Alaska.

6 best places to visit in Alaska 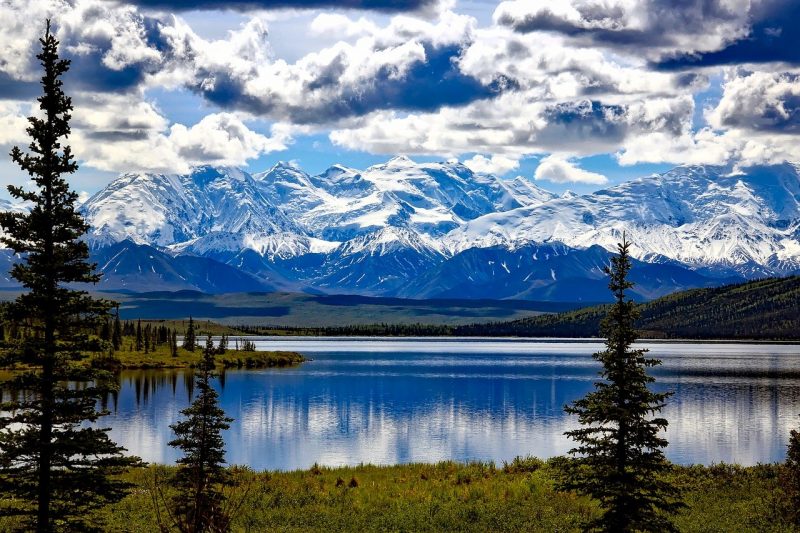 Wildlife in Alaska is spectacular, and one of the best places to witness it is Denali National Park and Preserve

The national park is home to a mountain of the same name, Denali. With an elevation of 6,190 m above sea level, Denali (also known as Mount McKinley), is the highest mountain peak in North America. Denali also is the third most prominent and third most isolated peak on Earth.

The landscape is varied at Denali National Park — there is a forest and taiga at the lowest elevations, tundra at middle elevations, and glaciers at the highest elevations. 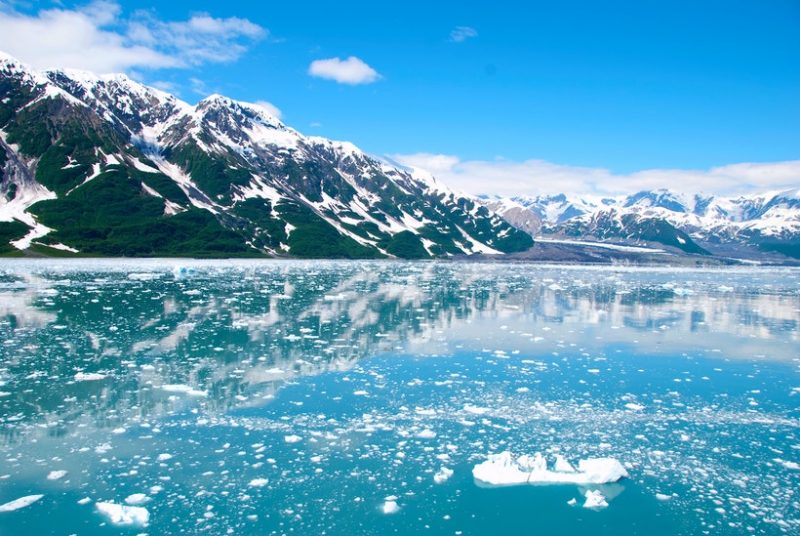 Kenai Fjords National Park is a beautiful national park on the Kenai Peninsula, and one of the best places to visit in Alaska.

This picturesque national park is home to the Harding Icefield, one of the largest ice fields in the United States. Some 40 glaciers move down the mountains from this huge ice field.

Kenai Fjords National Park is named for the numerous fjords carved by the movement of ice from these glaciers.

Bear Glacier is the largest glacier within the Kenai Fjords National Park, but Exit Glacier is one of the most accessible ones in all of Alaska.

Not only the national park is popular for its glaciers and fjords, but it is also known for its abundant wildlife. The following animals can be found at the national park: moose, black and brown bear, beaver, coyote, river otter, lynx, marmot, porcupine, and others. 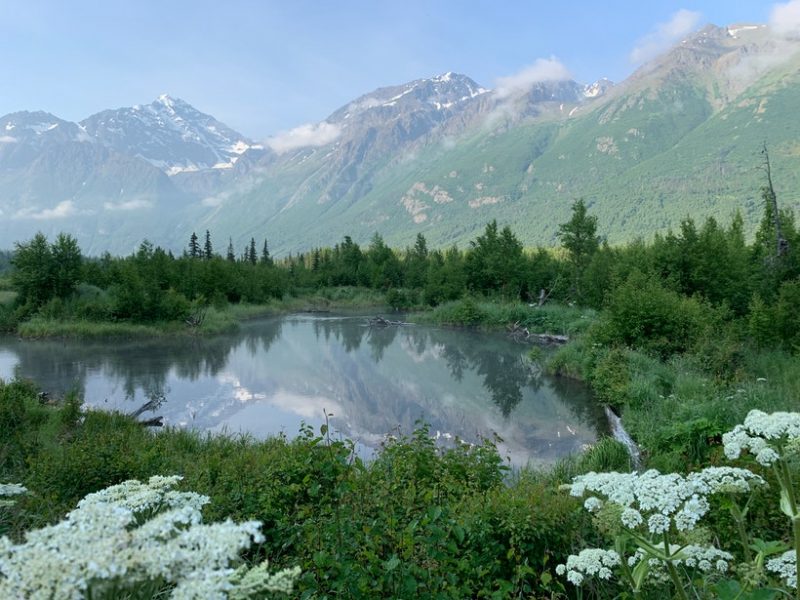 Anchorage is Alaska’s most populous city and home to around 40% of the state’s population.

There are several fun things to do in the city, but mostly Anchorage is known as a gateway to the nearby parks and mountains.

Alyeska Ski Resort, Churchgate State Park, and Portage Glacier are among the best places to see in the Anchorage area.

The most popular tourist attraction in the area, however, is the Alaska Wildlife Conservation Center which is located some 50 miles from Anchorage. It is a sanctuary dedicated to conservation, research, and animal care. The sanctuary is also home to orphaned or injured wildlife, as well as a temporary home for animals born in captivity.

Katmai National Park is a large area of wilderness on the Alaska Peninsula. With an area of 16,564 km2, the national park is the size of a small European country (a bit larger than Montenegro).

The national park is named after the stratovolcano Mount Katmai which boasts a summit crater lake. Katmai National Park is known for the Valley of Ten Thousand Smokes and for its brown bears.

One of the highlights of the national park is seeing brown bears fishing for salmon at Brooks Falls. 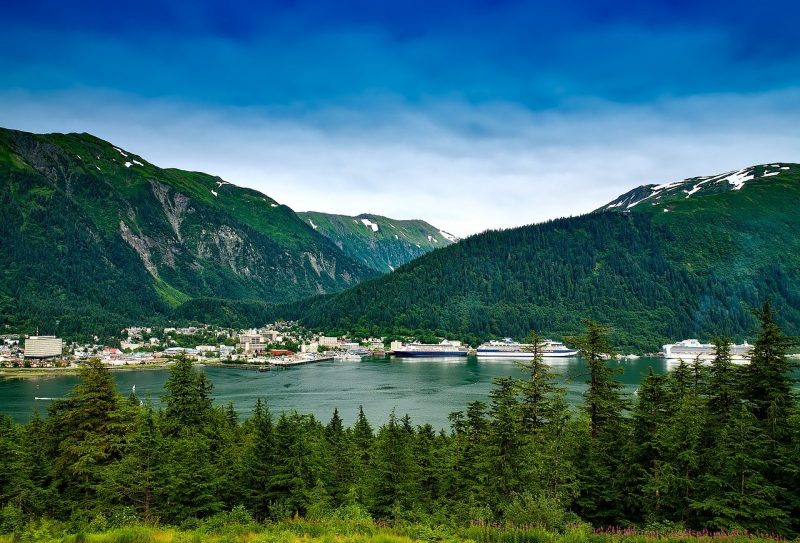 Juneau is the capital city of Alaska. It is unique among other U.S. state capitals in that there are no roads connecting the city to the rest of the state.

What to see in Juneau?

Ziplining on Douglas Island (just west of downtown Juneau) is a must, too. Featuring several lines and platforms, as well as a suspension bridge, it’s a great way to explore the rainforest canopy.

Juneau also is a gateway town to whale watching spots in Southeast Alaska. 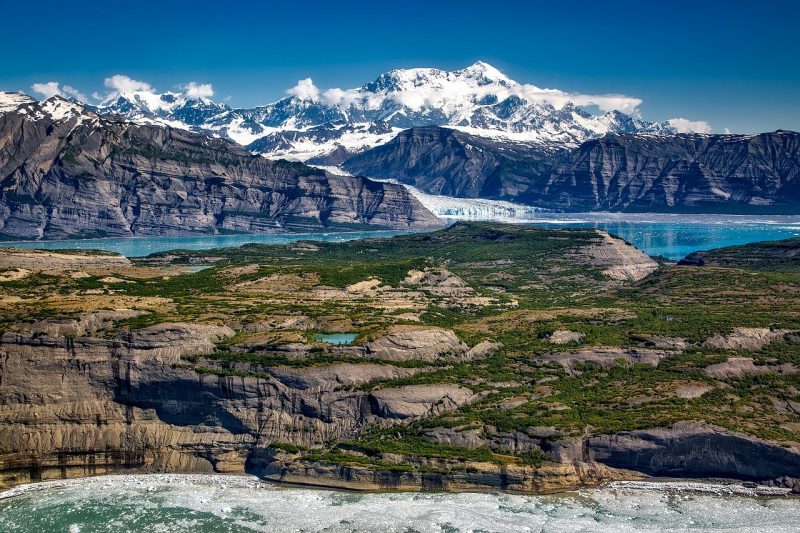 Wrangell-St. Elias National Park is the largest U.S. national park. It is so big, it equals six Yellowstones!

Being such a fascinating place, Wrangell-St. Elias National Park and Preserve is one of the best places to visit in Alaska.