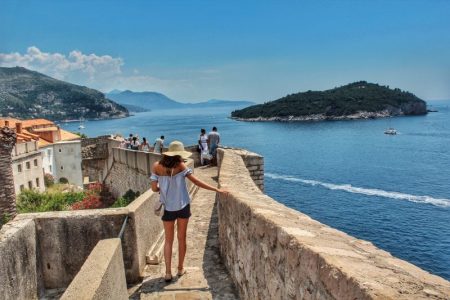 CROATIA Has Received 15 Million Tourists So Far This Year

Croatia witnessed a successful tourism season, as 91% of arrivals and 96% of overnight stays of 2019 levels have been reached so far this year.

According to data from the eVisitor system, 15 million tourists arrived in Croatia from January to August of 2022, spending 86.6 million nights, SchengenVisaInfo.com reports.

The number of arrivals in the country has increased by 40 per cent, while overnight stays have been up by 27 per cent compared to last year, as the Ministry of Tourism and Sports noted in a press release recently.

“As was shown at the very beginning of the year, when already in the first quarter we achieved higher revenues from foreign tourists than in the record year of 2019, this continued and in the current part of the year we achieved almost 600 million more in the value of fiscalised invoices than in the whole of 2019,” said Minister of Tourism and Sports Nikolina Brnjac.

Moreover, the director of the Croatian Tourist Board, Kristjan Stanicic, noted that the tourism season has been positive, with 96 per cent of pre-pandemic levels being reached, while in some regions and destinations, the number of nights spent by tourists even exceeded 2019 levels when no travel restriction was imposed.

Most nights were spent in Istria with 24.7 million overnight stays, followed by Split-Dalmatia and Primorje-Gorski Kotar with 16 million and 15.3 million, respectively.

A total of 12.8 million overnight stays were recorded in Zadar County, while in Dubrovnik-Neretva County and Sibenik-Knin County, there were 6.2 million and 5.7 million overnights spent, respectively.

On the other hand, since the year began, the most overnight stays were recorded in Rovinj, with 3.5 million nights spent, followed by Dubrovnik and Porec, with 2.8 million each. In addition, tourists since January have spent about 2.6 million nights in Medulin and 2.4 million in Umag and Split each.

Based on the type of accommodation, the highest number of overnight stays were recorded in household facilities (33.9 million), followed by campsites and hotels, with 17.6 million and 17.2 million nights spent, respectively.

7 best places to visit in CROATIA

Cheap flights from Sofia to VENICE from €20

Cheap flights from Sofia to SICILY from €24

Air Serbia launches new routes to and from Serbia

Cheap flights from Athens to PHUKET from €379