Flights to MADAGASCAR from Budapest/Prague from €577 both ways!

Madagascar is a country that occupies a large island of the same name, located in the Indian Ocean off the eastern coast of Africa. It is the fourth largest island in the world. In 2012, the population of Madagascar was estimated at just over 22 million, 90% of whom live on less than $2 per day. Malagasyand French are both official languages of the state. The majority of the population adheres to traditional beliefs, Christianity, or an amalgamation of both. Ecotourism and agriculture, paired with greater investments in education, health, and private enterprise, are key elements of Madagascar’s development strategy. Under Ravalomanana, these investments produced substantial economic growth, but the benefits were not evenly spread throughout the population, producing tensions over the increasing cost of living and declining living standards among the poor and some segments of the middle class.

And lots of other options

To know more about Madagascar, you can visit and read more in Wikitravel here 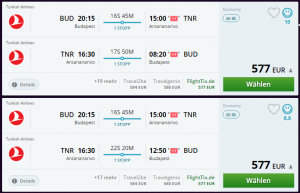