Sri Lanka is a popular and inexpensive beach destination in Asia. Its surf scene and relaxing atmosphere attract tourists from all around the world.

Unfortunately, tourist numbers have declined since the 2019 Easter bombings.

So, now, after the Easter Sunday bomb attacks, the government launched the free-visa-on-arrival programme for a number of countries to revive tourism.

Now citizens of the EU can travel to Sri Lanka and apply for a free visa at the airport. The scheme was enforced from August 1, and it is valid for a period of six months.

To help you with the task of planning your trip, we have created a list of some of the best places to visit in Sri Lanka. 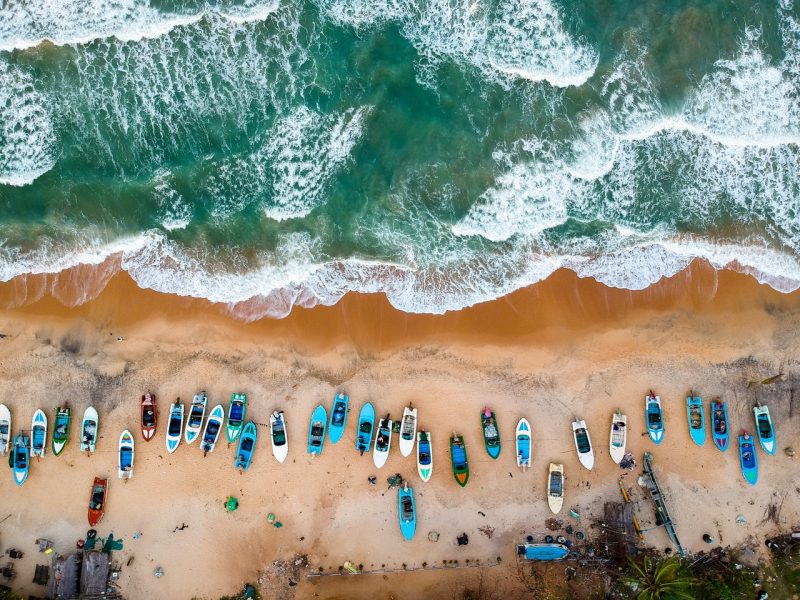 The beach is crescent-shaped and features many charming beach cafes and little restaurants.

Even though Arugam Bay is a very popular tourist destination, it is still undeveloped. You definitely won’t see as many tourists as on some of the most popular beaches in Thailand. 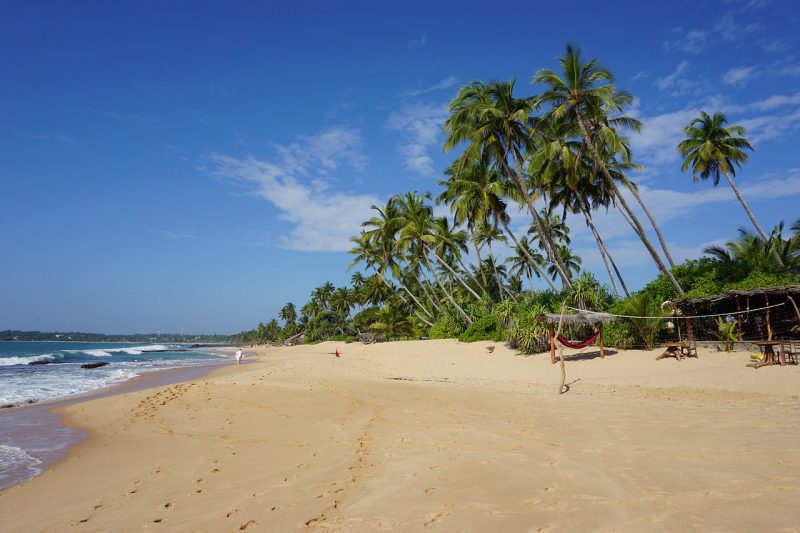 Mirissa Beach – another great beach in the country, and one of the best places to visit in Sri Lanka.

Mirissa is located at the very south of Sri Lanka – 150 km from Colombo, the country’s capital, and some 40 km from Galle.

Just like Arugam Bay, Mirissa Beach beach attracts not only holidaymakers and backpackers but also surfers.

Clear waters and the presence of a small coral reef make Mirissa beach also a good spot for snorkelling.

If you are lucky, you can even spot a whale in the waters around Mirissa. To increase your chances of seeing them, join a group tour for the whale watching.

The laid back atmosphere of the Mirissa town is another reason why this place is loved by so many. 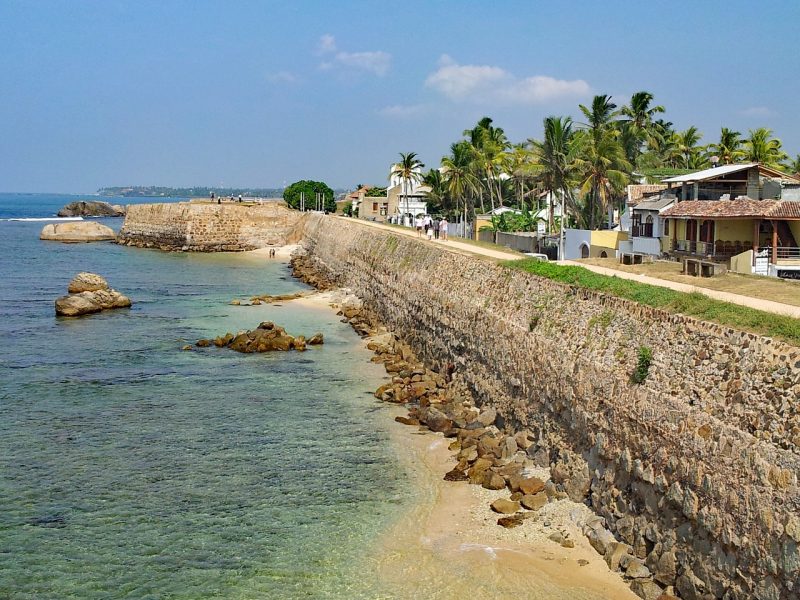 Galle is a well-preserved colonial city at the very south of Sri Lanka.

Galle is known for its fortified city which is one of the most popular landmarks in all of Sri Lanka.

The Galle fort was built by the Portuguese colonists and expanded by the Dutch colonists later on. It is listed as a UNESCO World Heritage site, and it is the largest remaining fortress in Asia built by European occupiers.

Explore Galle colonial architecture and then head to Unawatuna Beach. It is one of the best beaches in Sri Lanka and is situated close to Galle. 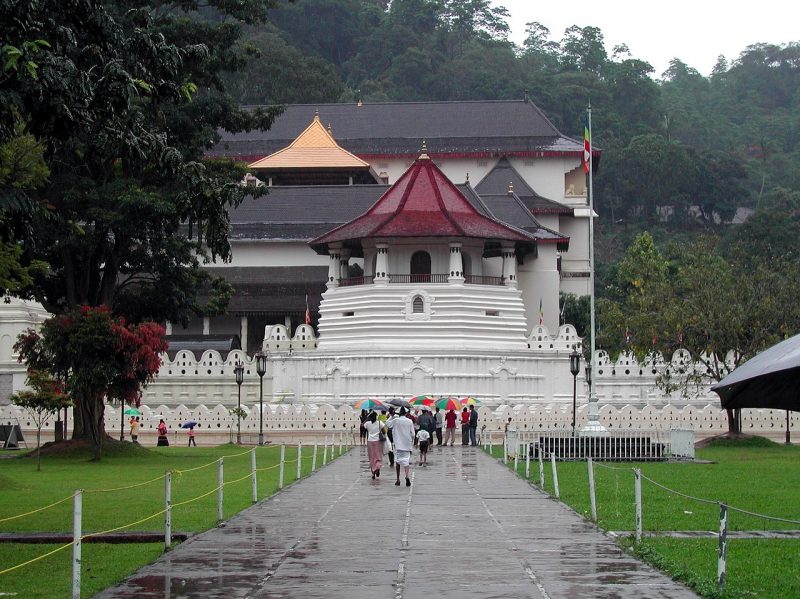 Kandy is a major city in Sri Lanka. The city is located in the Central Province and is surrounded by the Central Highlands of Sri Lanka.

The Central Highlands of Sri Lanka consists of the Peak Wilderness Protected Area, the Horton Plains National Park and the Knuckles Conservation Forest, and is a UNESCO World Heritage Site.

Kandy is known as home to the Temple of the Tooth Relic, another UNESCO World Heritage Site. The temple is one of the most sacred places of worship for the Buddhists. 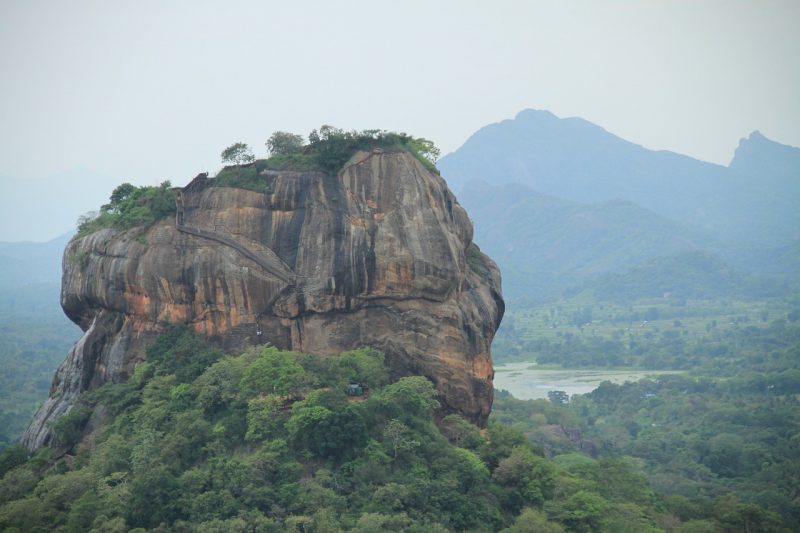 Sigiriya, or Lion Rock, is yet another UNESCO World Heritage Site. Also, it is considered by locals as the eighth wonder of the world.

And deservedly so! With the height of nearly 200 metres, the impressive and unusual rock formation towers above the jungle and the surrounding hills and contains ancient ruins on its top.

The views from the massive rock are stunning, too. 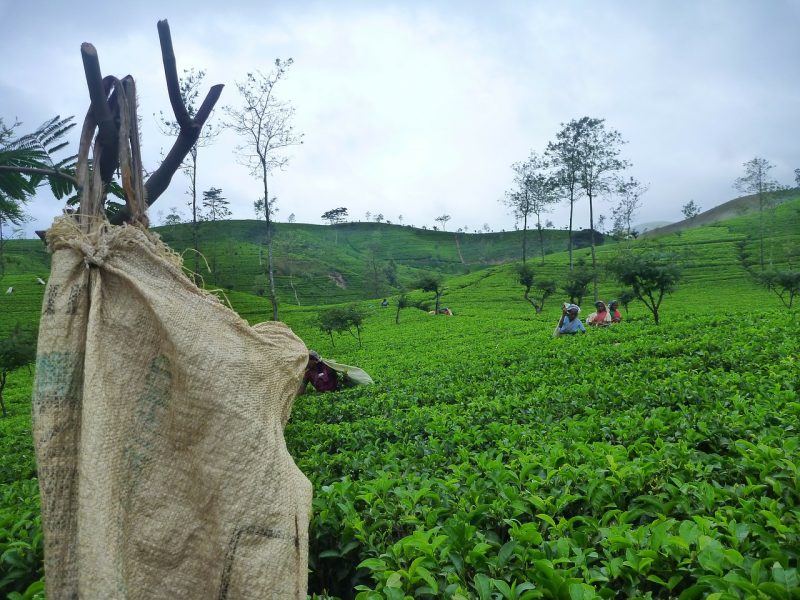 Nuwara Eliya is a beautiful city and a hill station surrounded by tea hills.

Nuwara Eliya is known for its pleasant climate and tea plantations. In fact, it is one of the coolest places in Sri Lanka.

There are several tea plantations in Sri Lanka, and those near Nuwara Eliya are the most important ones.

Nuwara Eliya is also known as Sri Lanka’s Little England because of its British colonial architecture. The city’s old colonial British bungalows with beautiful gardens are not an unusual sight.

Pidurutalagala, the tallest mountain in Sri Lanka, is located not far from Nuwara Eliya. Go there to enjoy the magnificent views of the surrounding area. 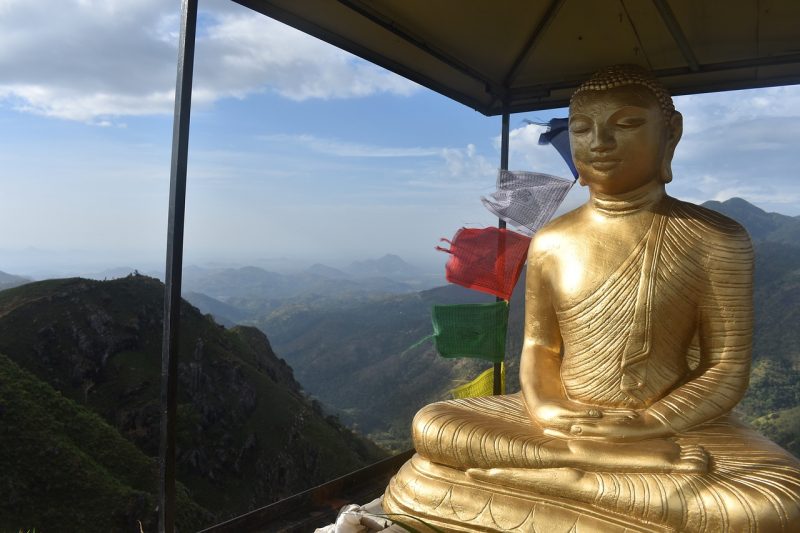 Ella is another pretty hill town in Sri Lanka.

Some of the best tourist attractions of Sri Lanka are located in or near Ella.

Nine Arch bridge in Demodara (near Ella) is one of the most famous landmarks in all of Sri Lanka. It’s a good example of colonial-era railway construction in the country.

When travelling to Ella, do not miss Ella Rock. It is one of the most popular hikes in Sri Lanka, offering dramatic views of the area. It is also a good place to watch the sunrise.

Just like, the Ella Rock hike, the hike to Adams peak is a must when travelling to Ella. 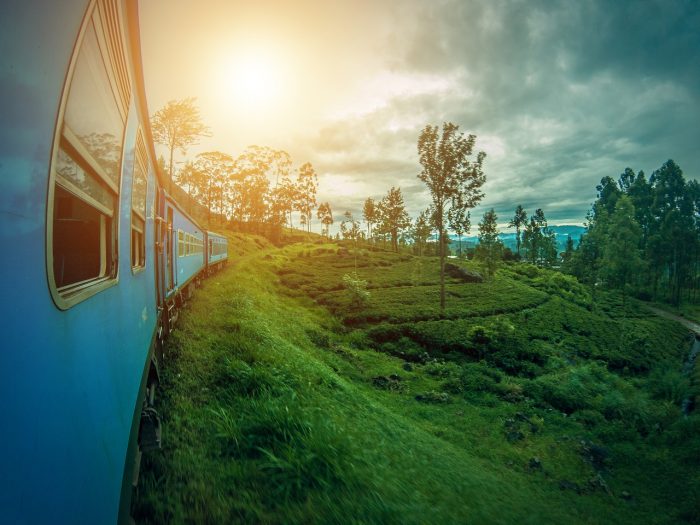