Easter Island is a small volcanic island located in the middle of the Pacific Ocean. The island belongs to Chile, and it is world-famous for its huge, monolithic moai statues (about 900 in total). These statues were created between the 13th and 16th centuries to honour the island’s important people. The moai statues were toppled during tribal wars in the late 18th and early 19th centuries. The statues have been re-erected in the 20th century with the help of archaeologists.

What makes Easter Island even more special is that it is one of the remotest inhabited islands in the world. Just to reach this island, you’ll have to set aside two days. One day — to reach Santiago, the capital of Chile, and the other — to get to the island from Chile.

This mysterious and remote island is one of the most incredible destinations in the world. Being an isolated and less-visited destination, Easter Island offers once-in-a-lifetime experiences.

Read on to find out what are the best places to visit in Easter Island.

7 Best Things To Do In Easter Island 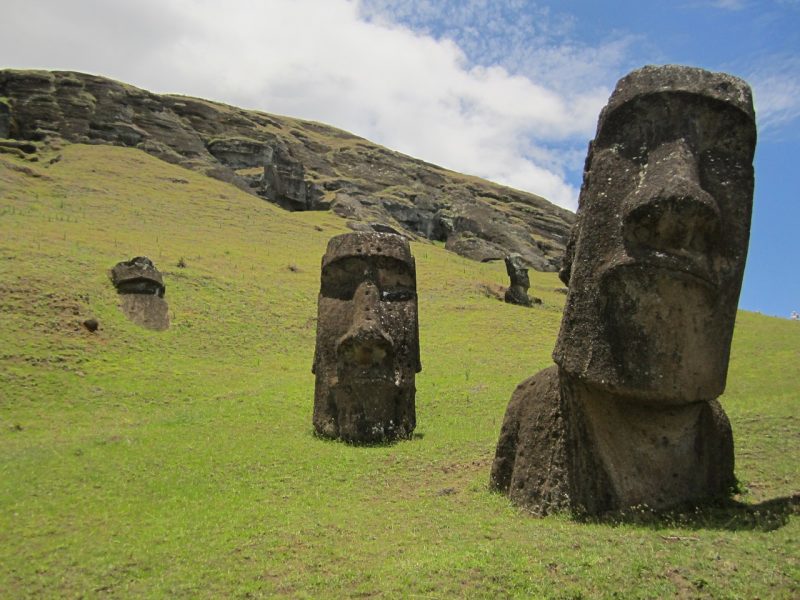 What happened to Rano Raraku Quarry? It looks like it has been abandoned abruptly, and the work suddenly stopped.

Rano Raraku Quarry is located on the slopes of a volcano, making this place even more incredible. On the slopes of Rano Raraku, you’ll also find El Gigante, a huge moai. Standing 22 m tall, it is the largest Moai statue even built on the island.

Rano Raraku Quarry is one of the best places to visit in Easter Island.

See the Sunrise in Ahu Tongariki 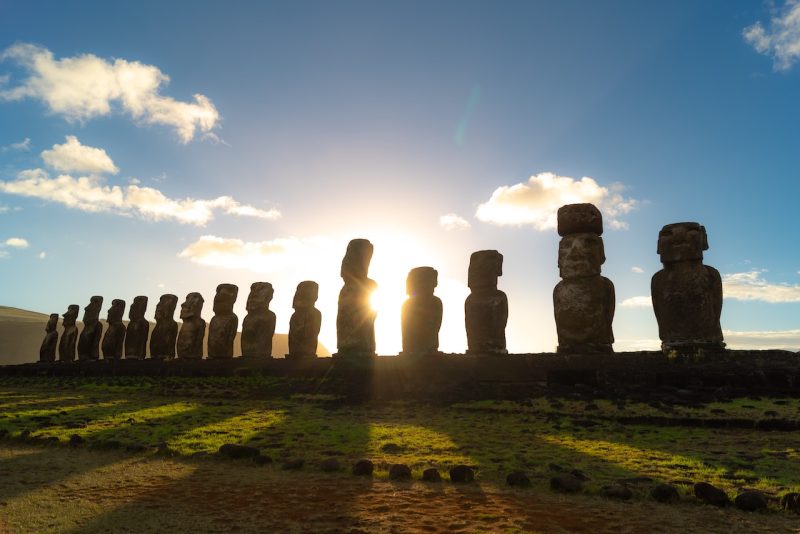 Ahu Tongariki is the largest and most famous ahu on the island.

As we have mentioned previously, ahu is platform statues were placed. And Ahu Tongariki is the largest of these platforms. Ahu Tongariki was the main centre and the capital of one of the clans that inhabited the island (Hotu-iti clan).

The platform houses 15 gigantic statues and is especially impressive during the sunrise. Watching the sunrise in Ahu Tongariki is one of the best things to do in Easter Island.

Ahu Tongariki is where the heaviest moai is located. It is shorter but squatter, weighing 86 tonnes.

Ahu Tongariki is located one kilometre away from Rano Raraku Quarry. 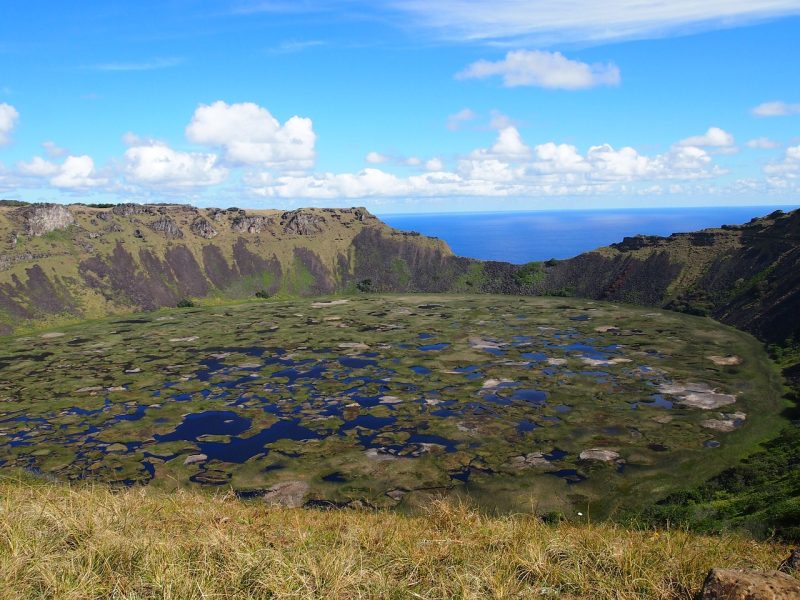 Orongo is a stone village located on the southwestern tip of Easter Island.

Between the 18th and mid-19th centuries, it was a ceremonial centre of the Birdman cult which was famous for its dangerous rituals. Now the site is known for its low, round, windowless buildings and ancient petroglyphs.

The crater of Rano Kau, a 324 m tall dormant volcano, can be seen from the village.

Relax on a Beach 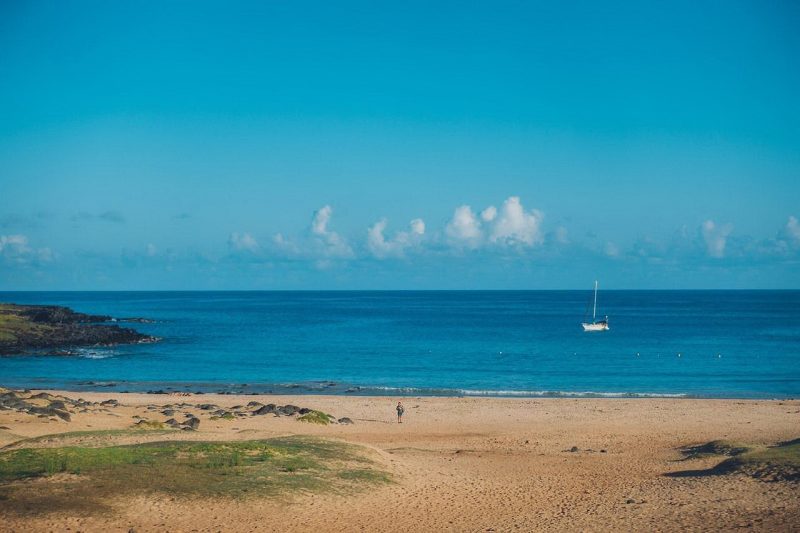 There are a few nice beaches on the island. 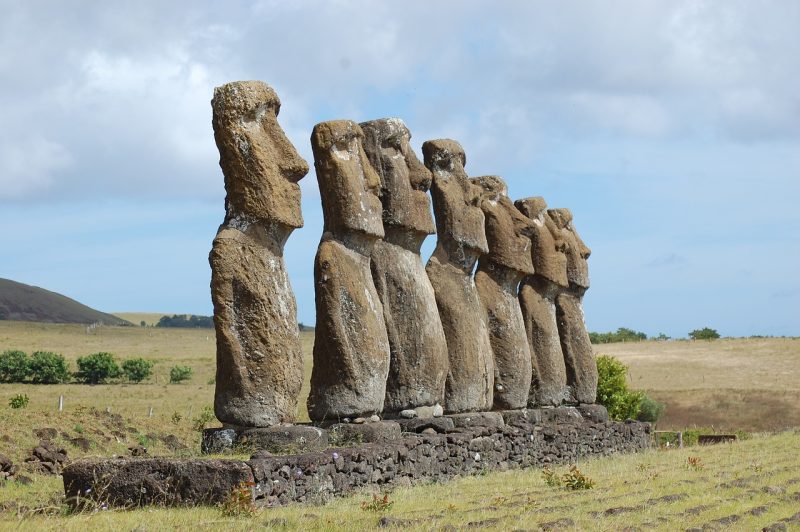 Boasting a view of the Pacific Ocean, it houses seven moai. All seven statues are of equal shape and size. Ahu Akivi was a celestial observatory that was built in the 16th century.

Now it’s one of the best places to visit in Easter Island. 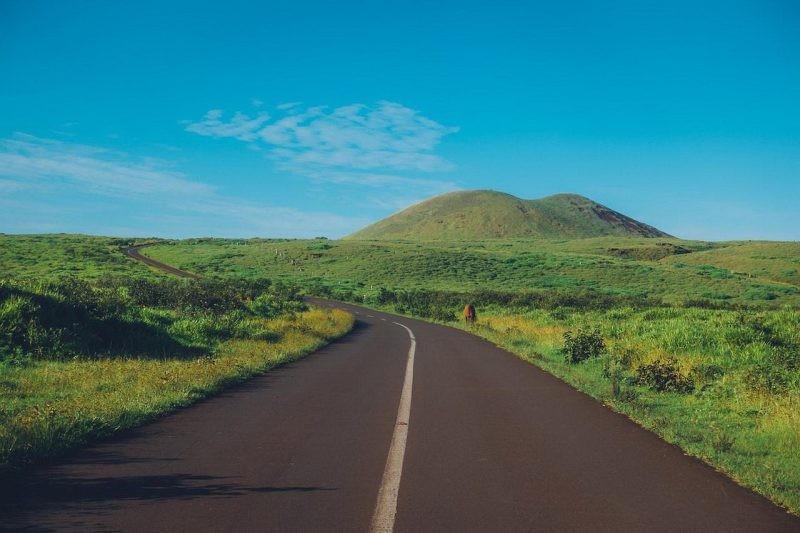 As Easter Island is small, it is possible to explore it on a bike!

Biking is actually one of the best things to do in Easter Island. Exploring the roads of the island at your own pace and marvelling at the volcanic landscapes and grand statues… Isn’t it wonderful?

Hiking is also a great way to explore the island. Easter Island is popular with volcanic hills, and it’s very fun to hike them. There are various great hiking trails you can take. One of the best hikes on the island is the Terevaka Volcano hike. With an elevation of 506 m above sea level, Terevaka is the highest volcano on the island. From the top of the volcano, you can get a great 360-degree view of Easter Island.

Watch the Sunset at the Tahai Complex 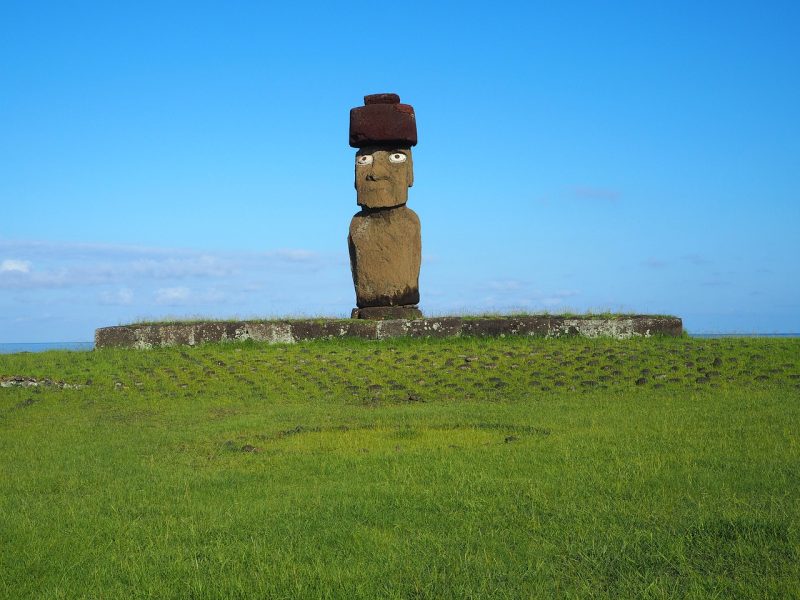 The Tahai Complex is an archaeological site that consists of three ahu.

Ahu Ko Te Riku is popular with its restored eyes. Ahu Tahai is known for its single imposing statue, and Ahu Vai Ure consists of five moai, with the sea located right behind them.

With the sun setting directly behind Ahu Vai Ure, the Tahai Complex is the best place to watch the sunset on the island. 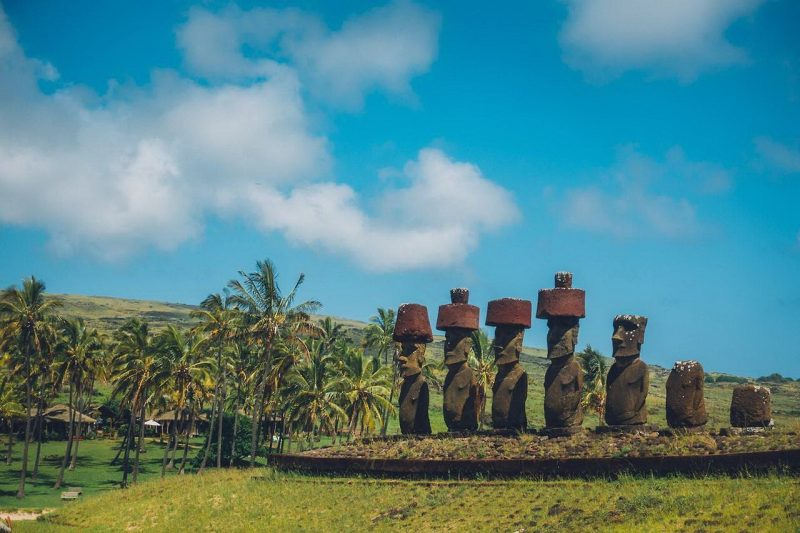