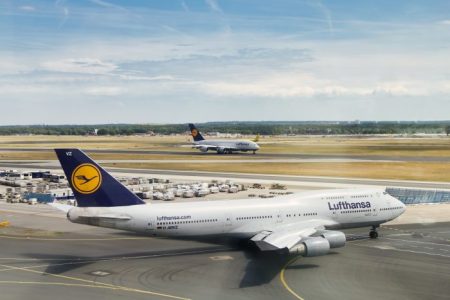 Around 800 flights will be cancelled at the end of the German summer holidays.

German flag carrier Lufthansa will cancel 800 flights tomorrow as Lufthansa, and Lufthansa Cargo pilots take strike action. Due to the strikes, the airline said it would cancel almost all flights to and from Frankfurt and Munich airports tomorrow.

The European aviation industry has seen its fair share of strike action this summer. SAS, Iberia Express, and Lufthansa are just a few of the airlines affected. In the case of Lufthansa, this is not the first strike action that it has come up against. Earlier this summer, the German flag carrier cancelled most flights for 24 hours due to a similar strike by ground handling personnel at German airports.

Lufthansa has cancelled around 800 flights to and from both Frankfurt Airport and Munich Airport tomorrow. Some additional flights will need to be cancelled tonight ahead of the strike, which will start at 00:01 local time, and end at 23:59. According to the airline, most of its flights tomorrow will not operate. Lufthansa forecasts that 130,000 passengers will be affected by the cancellations, with disruption expected to extend into the weekend.

This weekend marks the end of the summer holidays in Hesse (the federal state containing Frankfurt Airport), Rhineland-Palatinate, and Saarland, meaning that it was likely to be a busy travel period for the German carrier.

The union behind the strike, Vereinigung Cockpit, announced the strike yesterday following failed wage negotiations with the German flag carrier. Lufthansa has very little time to get its ducks in order. Without pilots, the airlines’ flights won’t operate, meaning that the decision to cancel flights was really the only option. On the impact on passengers, the carrier says,

“Passengers affected by cancellations will be informed immediately and, if possible, rebooked on alternative flights.”

Rebooking passengers on such flights may not be so easy, though. Given the strike’s timing, flights over the coming days are likely already well booked, meaning they won’t have sufficient space for a whole day’s worth of cancelled passengers on busy routes. The problem is compounded by rival carriers that passengers would also usually be rebooked onto, which lack capacity.

So why are the Lufthansa and Lufthansa Pilots striking? According to the union, Lufthansa’s pilots need a significantly improved remuneration offer from the airline. The union said it “did not receive a sufficient offer” from Lufthansa and that the two parties are “too far apart at the moment”. Matthias Baier, the spokesman for the union, said,

“[Lufthansa] took advantage of yesterday’s negotiation date, but did not use it to move towards the union’s demands with an improved offer… In order to avert labor disputes, Lufthansa must present a significantly improved offer… In addition to compensating for the loss in real wages, what we now need above all is a future-proof solution for the remuneration structure in all occupational groups.”

“The management has made a very good and socially balanced offer – despite the continuing burdens of the Covid crisis and uncertain prospects for the global economy. This escalation comes at the expense of many thousands of customers.”

The airline said it had offered pilots a monthly basic pay increase of €900 ($902.89) in two stages. This means that entry-level copilots receive 18%+ more while seasoned captains would receive around 5% more. The airline says the union’s current demands would increase its payroll costs by approximately €900 million, or more than 40% over the next two years.

French airports are the most committed to climate action