7 best places to visit in Bulgaria

Curious about the best places to visit in Bulgaria? Bulgaria is a Balkan nation, often overlooked by travellers visiting the region.

Most tourists come to Bulgaria to enjoy the sun and sea. But there’s more to this country than its resort-dotted coast.

Boasting a diverse terrain, Bulgaria is a wonderful place to visit for all types of travellers. Nature lovers can enjoy the wilderness at its nature parks. History buffs will love the varied architecture and museums. The Behemoth Soviet-Era Monuments will be particularly interesting for those who are curious about Soviet times and culture.

Do you plan to visit Bulgaria? Then you have found yourself in the right place.

We’ve created this list of some of the best places to visit in Bulgaria to help you with the task of planning your trip to Bulgaria.

7 best places to visit in Bulgaria 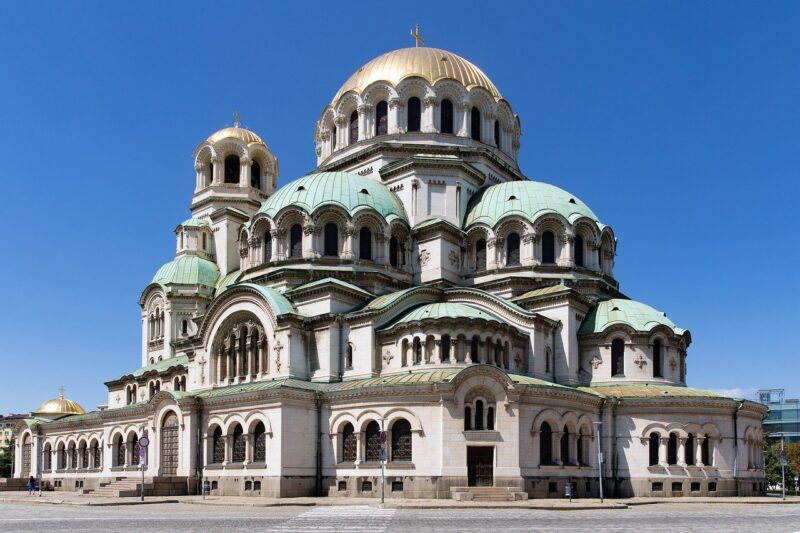 Sofia is the capital and largest city of Bulgaria. Located at the foothills of the Vitosha mountain, Sofia is one of the most scenic and best places to visit in Bulgaria.

Sofia is truly a unique city — it’s an interesting blend of Soviet Era and the East.

Probably the most important landmark of Sofia is The St. Alexander Nevsky Cathedral. It is believed to be one of the 50 largest Christian church buildings by volume in the world and among the 10 largest Eastern Orthodox church buildings.

Visit Banya Bashi Mosque — a large-domed mosque in the city centre. It dates back to the mid 16th century when the Ottomans had control of the city. The mosque was built over natural thermal spas. You can even see the steam rising from vents in the ground near the mosque walls.

Do not miss the Boyana Church. It is an impressive medieval Bulgarian Orthodox church situated on the outskirts of Sofia. Due to its cultural and historical heritage, in 1979, the church was added to the UNESCO World Heritage List. According to UNESCO, the church is ‘one of the most complete and perfectly preserved monuments of east European medieval art’.

Explore Sofia’s Jewish Heritage. Visit the Sofia Synagogue which is the largest synagogue in Southeastern Europe and one of two functioning in Bulgaria. It’s also the third-largest in Europe.

As I mentioned before, the city is located at the foothills of Vitosha. It is so close, you can get there on a public bus. The mountain is great for hiking, especially if you have limited time in Bulgaria and want to do something active. The views from the Vitosha mountain are just stunning. 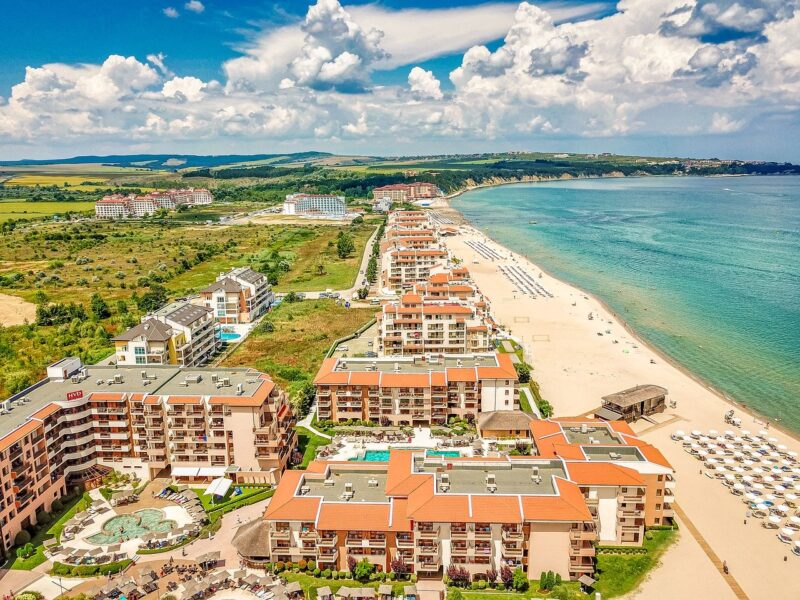 Bulgaria’s long Black Sea coastline is a very popular summer destination both for locals and tourists from Europe and beyond.

The beaches in the Bulgarian Riviera boast numerous purpose-built resorts for every type of traveller.

But there’s more to Bulgaria’s Black Sea coast than the beaches, water sports and resorts.

Do not miss its ancient towns such as Nesebâr and Sozopol. Explore cobbled lanes and the impressive ancient architecture of Sozopol’s Old Town. Marvel at Nesebâr’s UNESCO-listed Byzantine ruins and medieval churches.

Visit the ‘maritime capital’ of Varna which is one of Bulgaria’s most vibrant cities, famous for its nightlife, many museums and galleries.

Varna is home to Roman Thermae — the complex of Ancient Roman baths with bathing areas and furnaces.

Varna is also known for its Stone Dessert (Pobiti Kamani). It’s a desert-like rock phenomenon, considered the only desert in Bulgaria and one of few found in Europe. 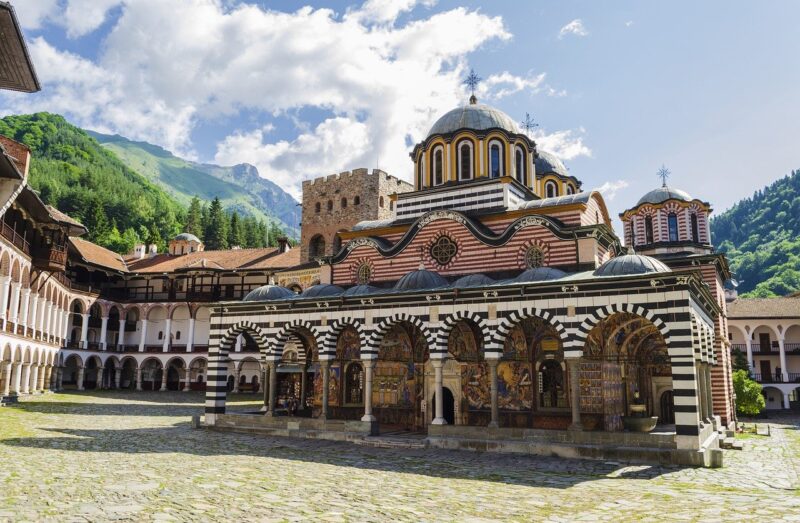 Rila National Park is a national park in the Rila mountain range in the south-west of the country.

With an area of 810.46 km², Rila National Park is the largest national park in Bulgaria. It consists of several ecosystems of national importance. The park’s altitude ranges from 800 m to 2925 m at Musala Peak, the highest summit in the Balkan Peninsula.

Rila National Park is among the largest and most valuable protected areas in Europe.

The park is home to Seven Rila Lakes, one of the notable areas of the national park and one of the best places to visit in Bulgaria.

Do not miss Rila Monastery. It’s a medieval monastery situated in the southwestern Rila Mountains at an elevation of 1147 m. Being one of the region’s most significant cultural, historical and architectural monuments, it is one of the best places to visit in Bulgaria. 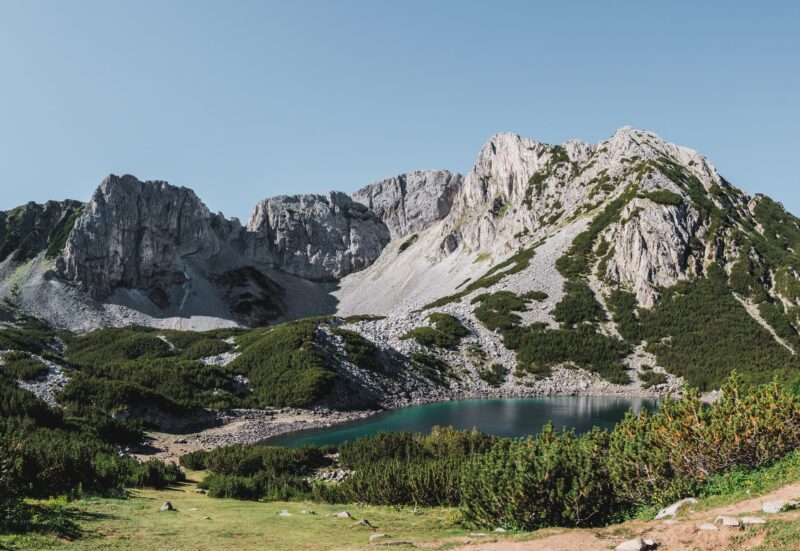 Pirin National Park is one of the three national parks in the country and an area of outstanding natural importance.

Spanning an area of 403.56 km², it encompasses the larger part of the Pirin Mountains. The park’s altitude ranges from 950 m to 2914 m at Vihren, Bulgaria’s second-highest peak.

Pirin National Park is known for its 118 glacial lakes, the largest and the deepest of them being Popovo Lake.

Lakes, forests and marble peaks — this is a typical landscape of the national park.

Pirin National Park is a popular skiing and hiking destination, depending on the season.

The hike to Muratovo Lake is one of the most popular hiking trails in Pirin National Park. 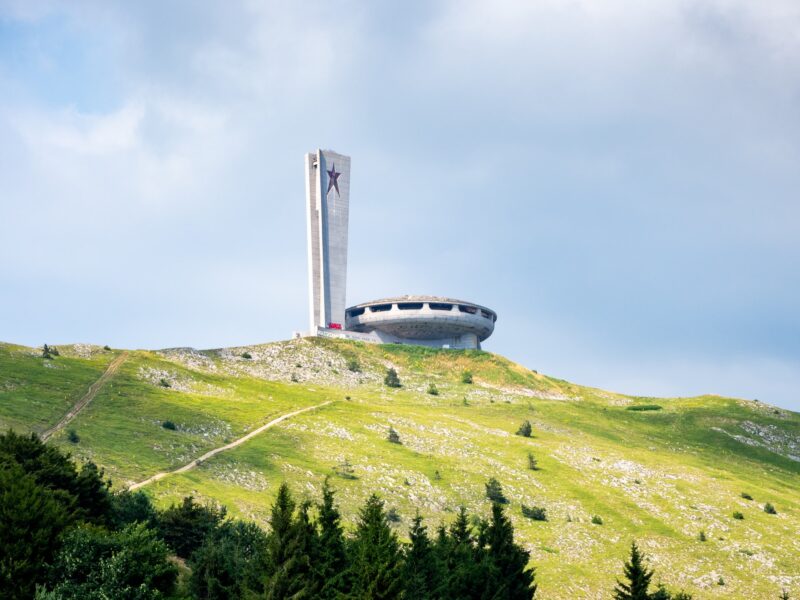 Buzludzha is a peak in the Central Balkan Mountains.

This peak is known for its abandoned communist monument — the Buzludzha Monument (official name — The Monument House of the Bulgarian Communist Party).

The monument was abandoned after the fall of the Soviet Union and now is in a state of disrepair.

Unfortunately, now it is not possible for visitors to go inside the Buzludzha monument (it’s dangerous). You can admire it from the outside, though. If the weather is clear, you can see the monument already from a distance.

If you are visiting Buzludzha, we recommend you to visit Shipka Pass as well. Located just 14 km from Buzludzha, it boasts beautiful views of the area. 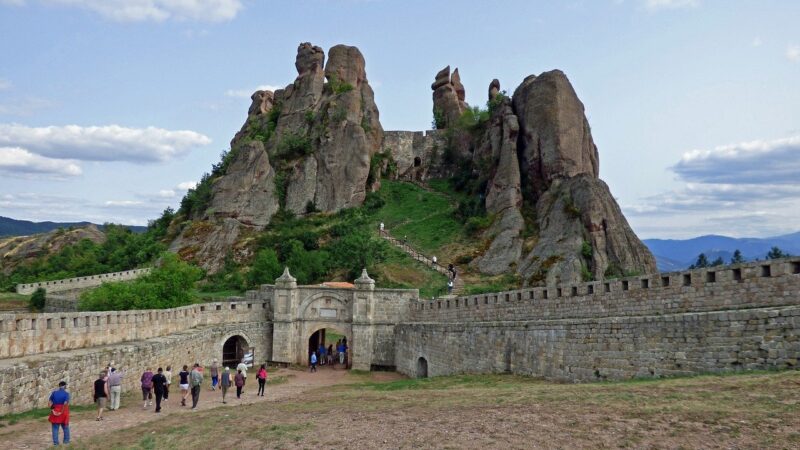 Belogradchik is known for its ancient fortress.

The Belogradchik Fortress (a.k.a. Kaleto Fortress) is one of the best-preserved fortresses in Bulgaria and a cultural monument of national importance.

The fortress’s walls are over 2 metres thick and reach up to 12 m in height. The rock formations in the area served as natural protection.

The history of the fortress dates back to the time when the region was part of the Roman Empire. 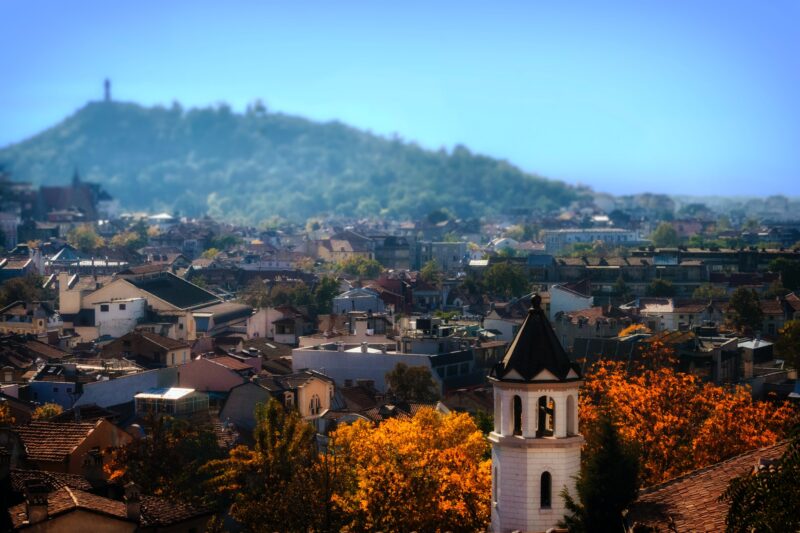 Plovdiv is the cultural capital and the second-largest city of Bulgaria. Also, it is an important economic and educational centre.

The city has a very rich history — it dates back to the 6th millennium BCE when the first Neolithic settlements were established.

The most prominent landmark of the city is its Roman theatre. It is located in the city centre and is considered one of the best-preserved ancient Roman theatres in the world.

The Plovdiv Roman theatre was constructed in the 90s of the 1st century AD and it can host between 5000 and 7000 spectators. It is currently in use.

Aqueduct of Philippopol is another spectacular landmark in Plovdiv. It is a Roman aqueduct built in the 2 – 3rd century. It consists of the two main pipelines which were used to supply the city with water from the mountains. 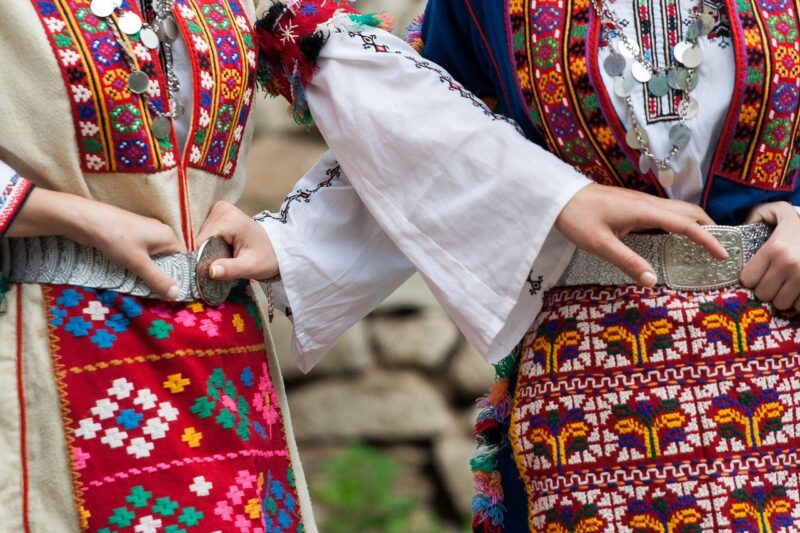 DIRECT flights from Geneva to TUNISIA from €56

Flights from Geneva to JAKARTA, INDONESIA from €507 by Saudia (Autumn 2023)