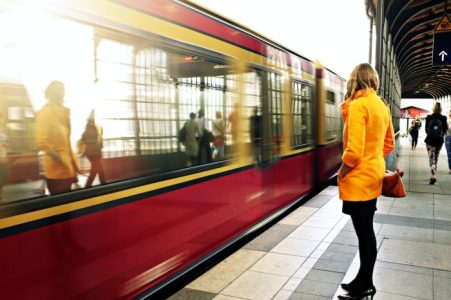 Berlin has been considered the most eco-friendly city in Europe for tourists among the 28 popular European cities.

Such a conclusion has been reached in the recent survey carried out by luggage storage app Bounce, which took into account many factors, including the number of sustainable hotels, public transport use as well as air quality, SchengenVisaInfo.com reports.

According to the survey, the overall sustainability rating of Berlin was 6.98 out of 10, regarding the factors mentioned above, followed by the European cities mentioned below:

The European countries mentioned above account for the top ten most eco-friendly cities in Europe, while of them, three are in Germany alone.

According to the survey, Sofia (Bulgaria), Dublin (Ireland), Belgrade (Serbia), Athens (Greece) and Rotterdam (Netherlands) have been placed at the bottom of this list, meaning that they have been considered the least sustainable cities in Europe.

Recently, the Presidency of the Council of the European Union will focus on resilient tourism and environmentally-friendly travel.

According to the Parliament of the European Union, on July 12, Transport Minister Martin Kupka, as well as Deputy Prime Minister for Digitalization and Minister of Regional Development Ivan Bartos, highlighted that the Czech Presidency would focus on measures that attempt to increase the resilience of tourism.

Besides, it was noted that the Presidency would focus on measures in order to decarbonise transport and also promote railways, meaning that they are looking forward to finding new ways in order to promote environmentally-friendly travel.

“Transport Minister Martin Kupka and Deputy Prime Minister for Digitisation and Minister of Regional Development Ivan Bartoš stressed that the Presidency will focus on measures to decarbonise transport, promote railways, make sure solidarity lanes for Ukraine are working and increase the resilience of the tourism sector,” the statement of the Parliament notes.

In addition, the Minister of Transport also promised Members of the European Parliament that rule on the Single European Sky, as well as sustainable fuels for aviation, a maritime sector, and alternative fuel infrastructure would also advance.

Direct flight from Nuremberg, Germany to MADEIRA from €52

NON STOP flights from Frankfurt to PANAMA for €421

Direct flights from Berlin to Cyprus from €40