Best places to visit in BELGIUM

Maybe you are planning a trip to Belgium and wondering what are the best places to visit in Belgium? It is a small country in Western Europe. It is bordered by the Netherlands to the north, Germany to the east, Luxembourg to the southeast, and France to the southwest.

But what to see and do in Belgium?

Here is a list of some of the best places to visit in Belgium.

7 best places to visit in Belgium

Brussels is the capital of Belgium, and one of the largest cities in the country.

As Brussels is home to European Parliament, it is the “capital of Europe”.

There are so many interesting things to do in Brussels.

Marvel at the beautiful architecture of the Grand Place (or Grote Markt), the central square of Brussels.

Visit Atomium — iconic steel atom sculpture. At the foot of it, there’s Mini Europe, a park which has reproductions of monuments in the EU. The park also features live-action models such as trains, cable cars, mills and an erupting Mount Vesuvius.

Visit the Royal Palace of Brussels. Take a stroll through the parks of Brussels. Admire the gothic Saint-Michel Cathedral (Sint-Michiels Kathedraal). 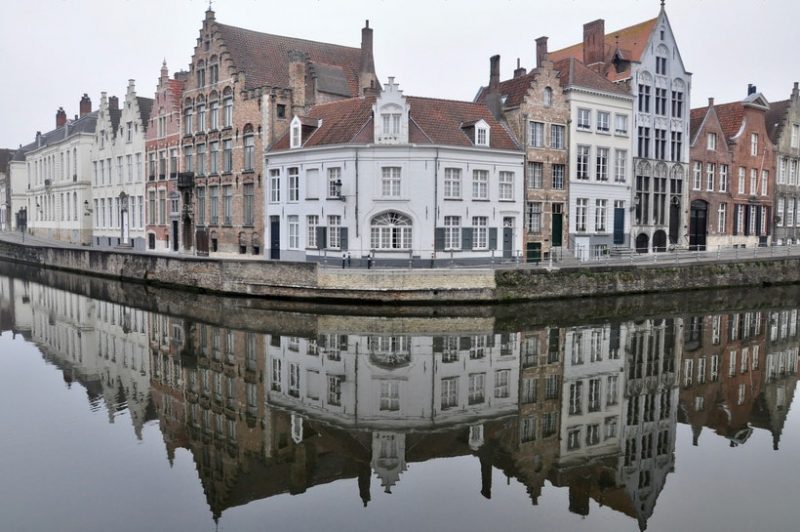 Often called the “Venice of North”, the picturesque Bruges is one of the best places to visit in Belgium.

Taking a canal tour in Bruges is one of the best things to do in Belgium. The canal tour lets you experience the beauty of Bruges — its gardens, many ornate medieval buildings and the city’s picturesque bridges.

Most of the medieval architecture in Bruges is intact, making the city one of the best-preserved medieval towns in Europe. 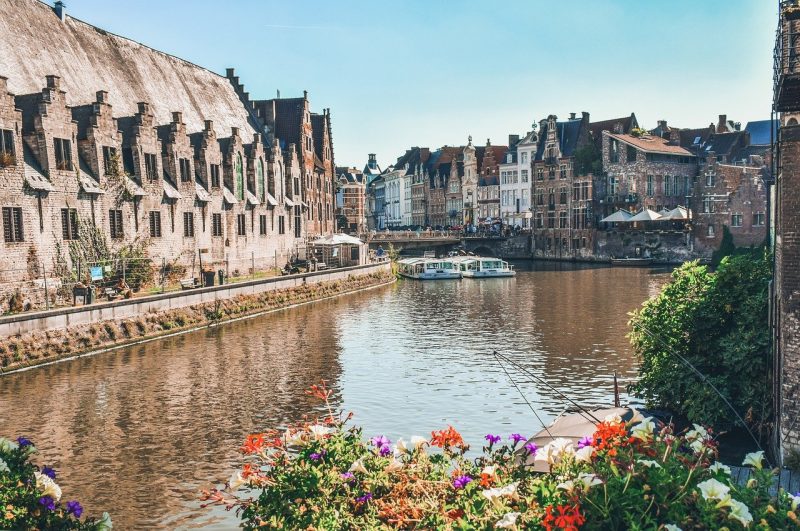 With more than 70 000 students, Ghent is the largest student city in Belgium. It’s also one of the largest cities in the country.

Known for its canals, medieval buildings and an 800-year-old fortress, Ghent is a must-visit during your trip to Belgium.

It is quieter than Brussels, and this is the reason so many travellers prefer Ghent over Brussels.

What to do in Ghent?

Visit Gravensteen, Ghent’s grand medieval castle that dates back to the 12th century.

Explore the Old Town. Admire Belfry of Ghent — a 91-metre-tall medieval tower that overlooks the old city of Ghent.

Admire the pretty St Michael’s Bridge and the surrounding buildings. It’s one of the most picturesque areas in Ghent.

Take a stroll along Graslei and Korenlei, quays that stretch along the Lys river, and marvel at the facades of the beautiful historic buildings. 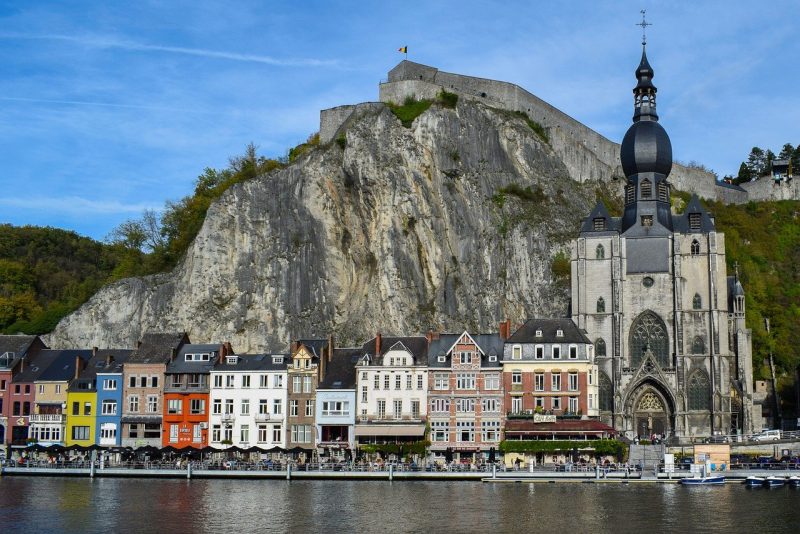 Do not miss Dinant! This postcard-perfect town is one of the best places to visit in Belgium.

Sitting on the banks of the Meuse with a backdrop of a dramatic cliff, Dinant is truly a gem. The town is known for its ancient fortified citadel and historic buildings.

Visit the iconic Notre Dame de Dinant — the most popular landmark in Dinant.

Explore the Citadel of Dinant — a fortress built in 1815 on a site that was originally fortified in the 11th century. Located on a cliff, the citadel offers beautiful views of the city and the river. 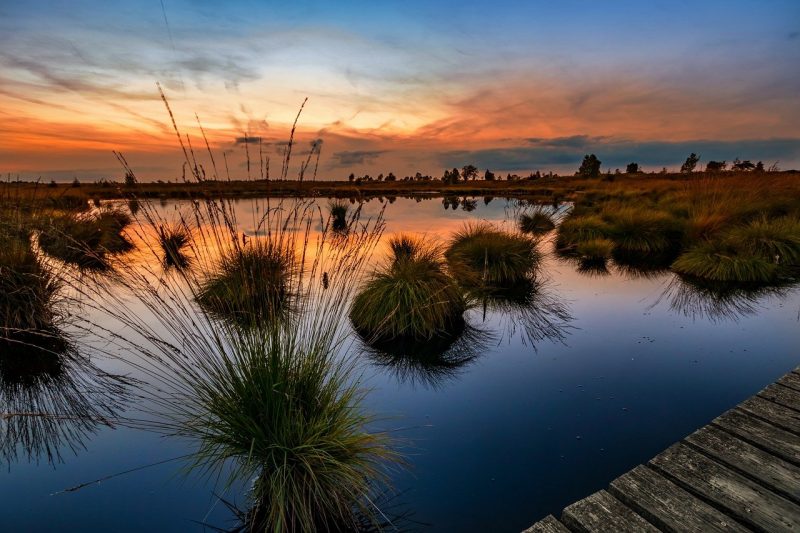 Extending over an area of approx. 110 square kilometres, the German-Belgian High Fens – Eifel Nature Park is a national park that lies mostly in Germany, but some part of it is also in Belgium.

So, we would definitely recommend you to drive over to Germany to enjoy the largest part of the national park.

The landscapes of the national park are varied — there are ancient beech and oak forests, moorlands, stream valleys, high plateaux and pastures.

Enjoy the views of the area from various viewpoints. For example, on the German side, the Hirschley viewpoint offers you a magnificent view of the Rurstausee reservoir. 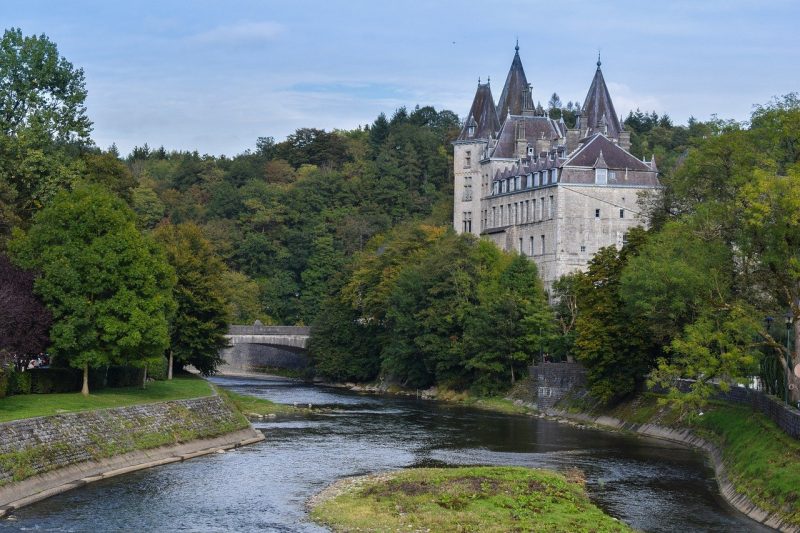 Durbuy is a small town in eastern Belgium.

It is known for its medieval stone houses and narrow cobbled streets.

Explore the town’s historical buildings. The half-timbered Halle au Blé was built as a corn exchange in the 1500s and La Ferme au Chêne which brews beer using ancient methods.

Do not miss Radhadesh – Chateau de Petite Somme — a 12th-century castle located near Durbuy which now is home to a rural spiritual community and a Hindu temple.

Visit the Topiary Park which is known for its clipped hedges which depict animal and human figures.

Enjoy the views of the town and Ourthe River Valley from the clifftop Belvedere viewpoint. 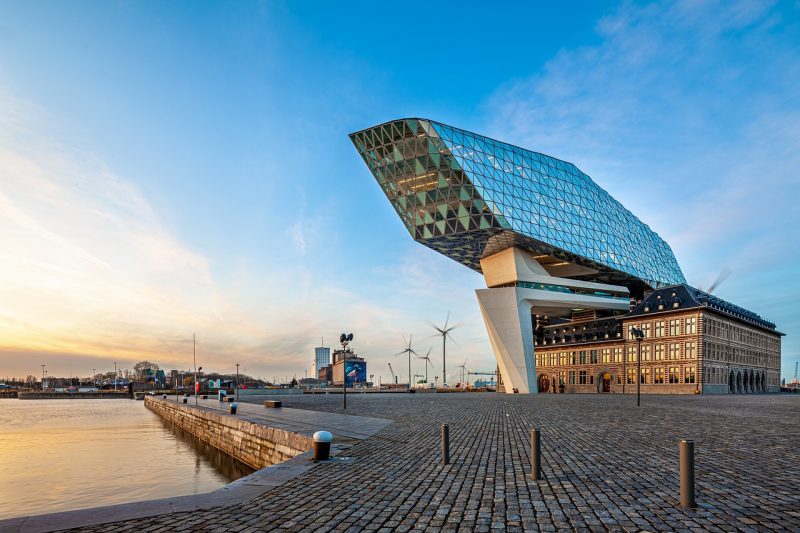 Antwerp is one of the largest cities in Belgium.

The city is often overlooked by visitors, and undeservedly so. This city is amazing!

Antwerp boasts world-class museums, such as the Plantin Moretus House (a printing museum), and the Royal Fine Arts Museum which houses a rich collection of art.

Do not miss Grote Markt — Antwerp’s main square which is full of beautiful historical buildings.

One more cool thing to do in Antwerp is visiting the Zoo. Established in 1843, it is one of the oldest zoos in the world. The zoo has numerous exhibits, and it houses over 7000 animals of about 950 species. 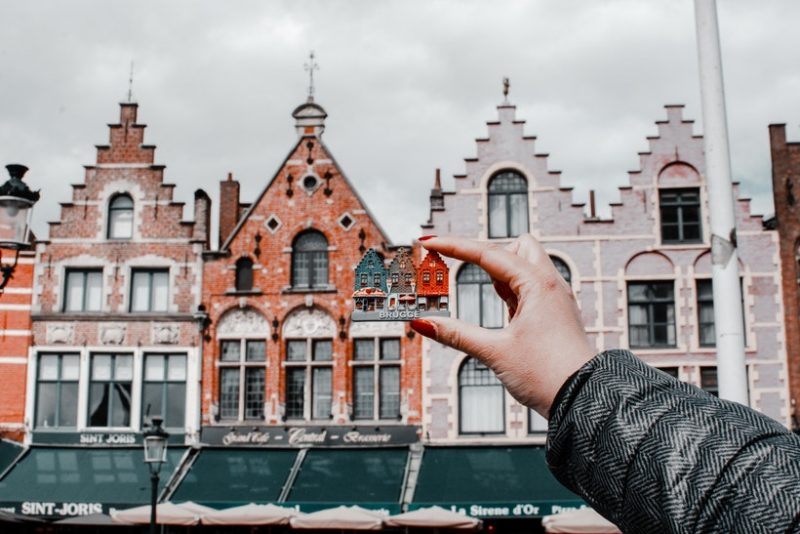