6 best places to visit in IBIZA

Ibiza is one of the four major Balearic Islands, the other three being Menorca, Formentera, and Mallorca.

But there’s more to Ibiza than clubbing.

In Ibiza, you’ll find stunning beaches, cute little towns, mythical places and even resorts for families with young children. Make sure to visit some of Ibiza’s most popular landmarks and explore its little towns, after you are finished clubbing and partying. Believe me, your vacation will be more exciting and fulfilling if you spend some time exploring.

But what exactly to see in Ibiza?

To help you with the task of planning we’ve created this list of some of the best places to visit in Ibiza.

Check out our article and plan the perfect Ibiza vacation!

6 best places to visit in Ibiza

Ibiza is known as a party destination with countless bars and wild parties.

In this article, I will tell you about the things you can do in Ibiza besides partying and clubbing.

I will also include information about the best beaches in Ibiza, as well as the best clubs in Ibiza. 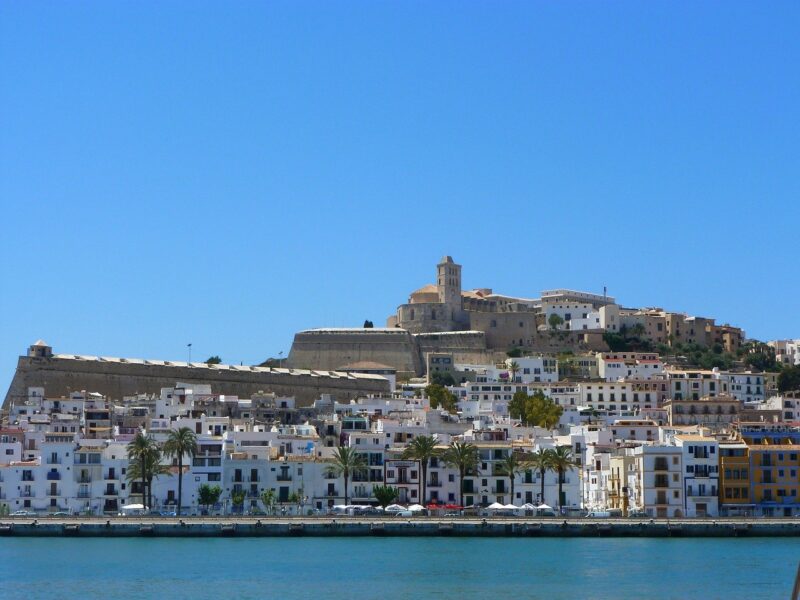 Ibiza Town is the main town of the island. It is divided into two parts — the old town and the modern part of the town.

The old town is called Dalt Vila (literally the “Upper Town”). As it is an excellent example of a fortified acropolis, it was declared a World Heritage site by UNESCO in 1999.

Located on a little mountain by the sea, Dalt Vila probably is the most picturesque town in Ibiza. It is rich in culture and history. Its castle walls and winding streets date back to the 16th-century.

Besides the castle and the defensive wall, Ibiza Cathedral is a very popular landmark that is visited by so many tourists.

Necròpolis des Puig des Molins is an interesting place to visit for history enthusiasts. It’s an archaeological site and museum in Ibiza Town. The archaeological site consists of a Phoenician necropolis and more than 3000 ancient tombs. The earliest tombs date to the 7th century BC. The museum displays various artefacts from the tombs. 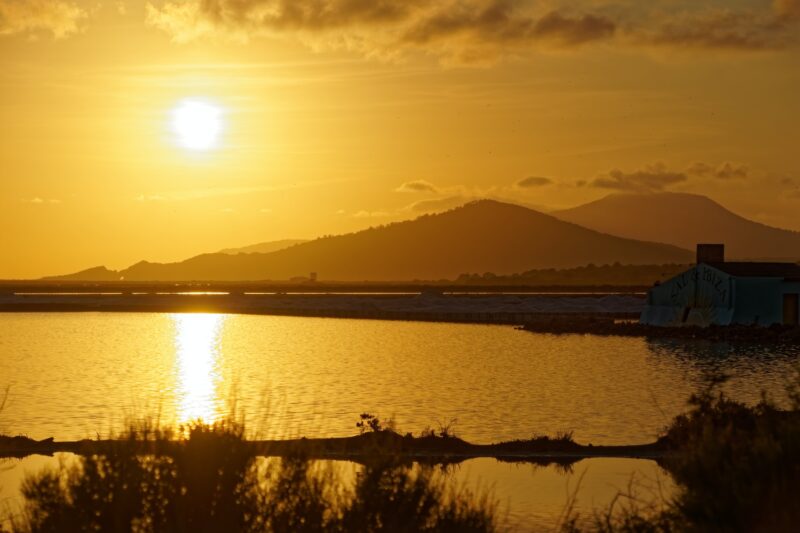 Ses Salines Natural Park is a protected natural reserve located between the Spanish islands of Ibiza and Formentera. It is one of the most important marines and land reserves in The Balearic Islands.

Las Salinas beach is a very popular beach surrounded by salt flats, dunes and a pine woods. The beach is extensive. The water there is clear, and the sand — fine and white.

The sea is particularly salty here, and it is easy to stay afloat when swimming. Just like in the dead sea in Israel.

To get to the beach, you have to drive past the ancient salt flats which make for quite an impressive scenery. 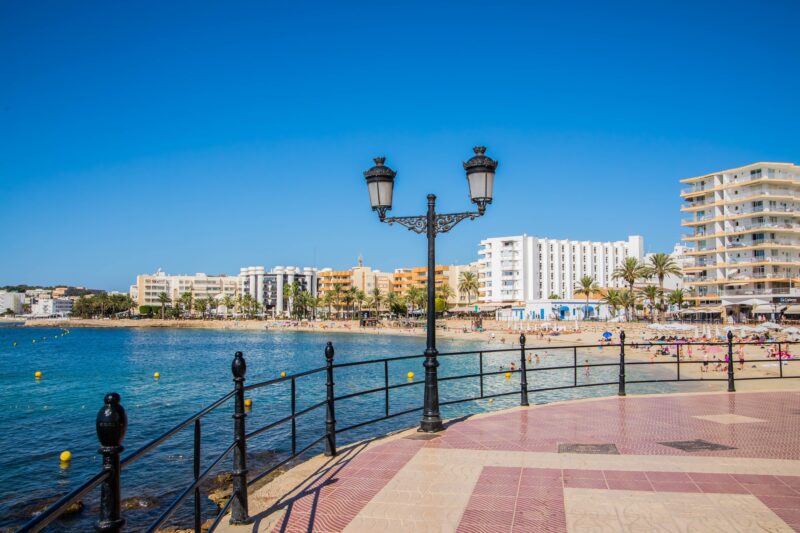 Ibiza isn’t only for young partygoers.

There are also kid and family-friendly destinations in Ibiza.

One of them is Santa Eulalia which is mainly popular with seniors, families with younger children and those looking for a quieter holiday.

Santa Eulalia is also known for its Ethnographic Museum (Museu Etnogràfic d’Eivissa) which houses traditional island artefacts, such as household objects, tools, clothing and jewellery, in a 300-year-old farmhouse.

Island of Es Vedrà is a 400 metres high, uninhabited rock island situated 2 km off the south-west coast of Ibiza.

This rocky island is a mythical place. There are so many legends and beliefs regarding this island.

Also, it is believed that Es Vedrà is the most popular of which is that it is the third most magnetic spot on earth (after the North Pole and the Bermuda Triangle).

We will never know if these legends are true or not, but I can say with certainty — it is indeed a unique place. Jutting from the sea, and sometimes shrouded in clouds, the island of Es Vedrà has a certain “aura” about it.

Join a tour to visit the rock island, or enjoy the views to Es Vedrà from Cala d’Hort in Ibiza. 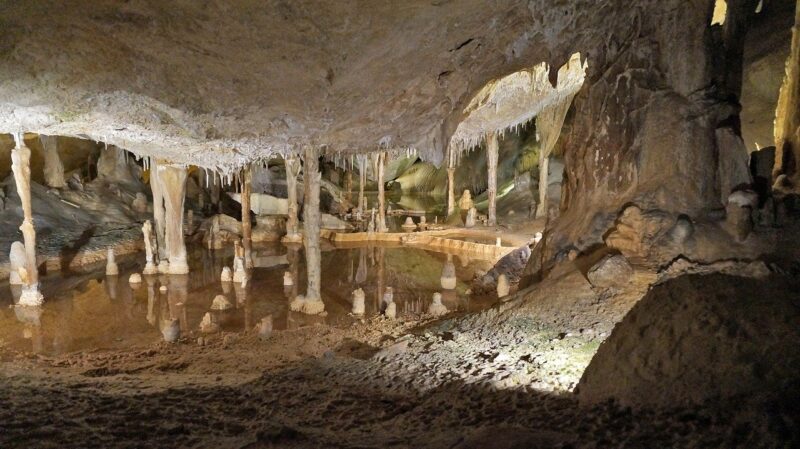 Cova de Ca’n Marçà is a natural cave system once home to pirate smugglers. It is more than 100 000 years old.

Now the cave system is one of the main tourist attractions and one of the best places to visit in Ibiza.

Stalactites, stalagmites and marvellous rock formations will take your breath away! One of the highlights of the cave tour is the waterfall light show, in which the cascades come to life with lights and music.

Terraces of stone with pools of water is another stunning sight. 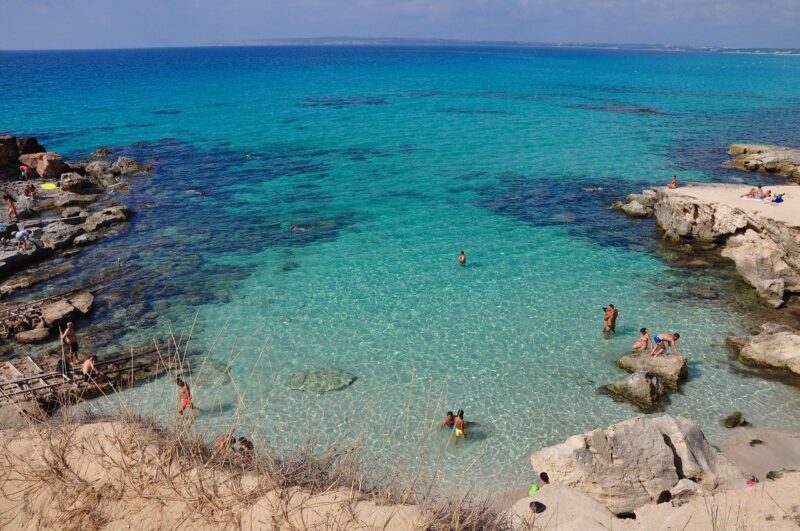 With an area of just 83 square km, Formentera is the smallest inhabited island of the Balearic Islands.

Located some 24 km from Ibiza, Formentera is a low-key paradise island, known for postcard-perfect beaches.

It is often called the “Little sister of Ibiza”. And, due to its white-sand beaches with clear turquoise waters, also — the Caribbean in Europe.

Playa Illetes is the most popular beach in Formentera, and one of the best beaches in all of Spain. It’s rather long, but it still can get crowded.

Llevant Beach is another long beach in Formentera. But Migjorn beach is by far the island’s longest beach.

Calo Des Mort is a small, secluded and undeveloped sandy beach backed by cliffs. The beach boasts clear waters and fine sand. It’s one of the best beaches in Formentera.

If you plan to visit Formentera, book your accommodation in advance, as there is a limited number of hotels. 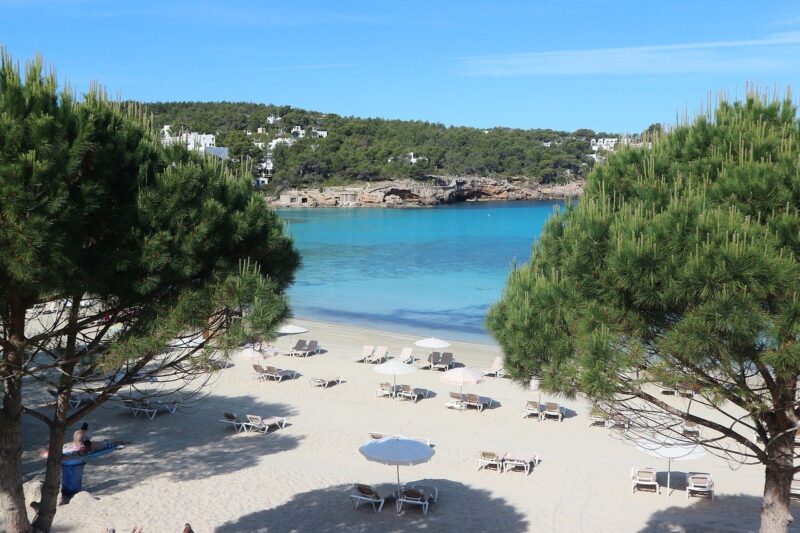 I’ve already mentioned a few beautiful beaches, but that’s not all the island has to offer.

There are more than 80 beaches in Ibiza, so it’s not an easy task to find the perfect beach. To help you choose, here is a list of some of the top-rated beaches I haven’t already mentioned:

There are countless clubs in Ibiza, but these are the most famous ones: 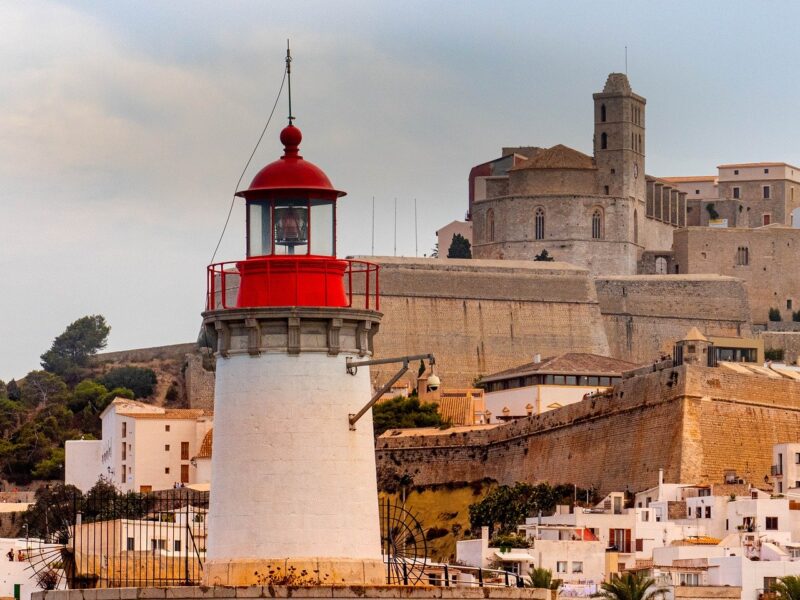 7 best places to visit in SLOVAKIA

7 best places to visit in Serbia