Best places to visit in UGANDA

Planning a trip to Uganda and wondering what are the best places to visit in Uganda?

Uganda is a landlocked country in East Africa. It is best known for gorilla trekking and amazing game reserves. These wonderful tourist attractions attract a lot of visitors, making Uganda one of the most visited countries in East Africa.

What else can you experience in Uganda? Laid-back beaches, water activities in the second-largest freshwater lake on the planet, bird-watching spots, bustling markets and cities. This and so much more await you in Uganda.

Check out our list of some of the best things to do in Uganda for some travel inspiration!

7 best places to visit in Uganda 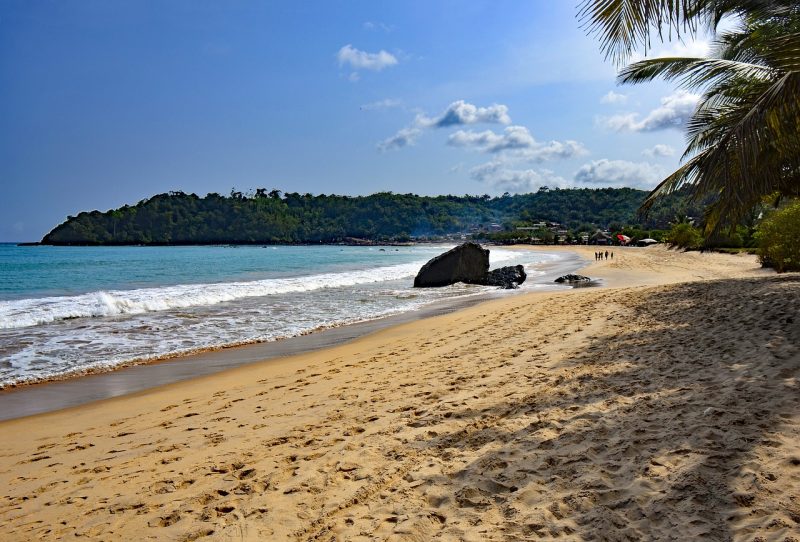 The Ssese Islands are an archipelago of 84 islands in the northwestern part of Lake Victoria.

The archipelago is known for its beaches and laid-back, tranquil atmosphere. No wonder, it is one of the most popular and best places to visit in Uganda.

Not only the islands are great for rest and relaxation, but also for bird watching and nature walks. Kayaking, sports fishing and other water sports are very popular there.

The most visited island is Bugala island, the largest and most developed island of the archipelago. Ngamba island is a chimpanzee sanctuary. Bulago Island is excellent for nature walks. 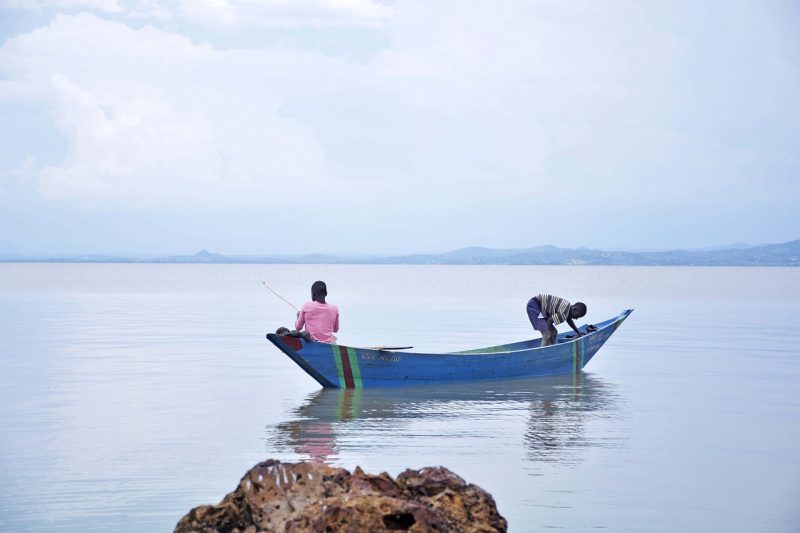 Lake Victoria is the second-largest freshwater lake in the world and one of the best places to visit in Uganda.

Lake Victoria boasts one of the world’s greatest ecosystems and scenic shores. The most popular activities in the area are: scenic boat rides, fishing trips, bird watching and nature walks.

If you plan to visit Lake Victoria, one of the best places for your Lake Victoria trip is Jinja. It is a town on the coast of Lake Victoria, at the Source of the River Nile which is the longest river on the planet. Jinja is known as the “adventure capital of East Africa” and offers many river-based activities such as fishing, jet-boating, kayaking and white water rafting. 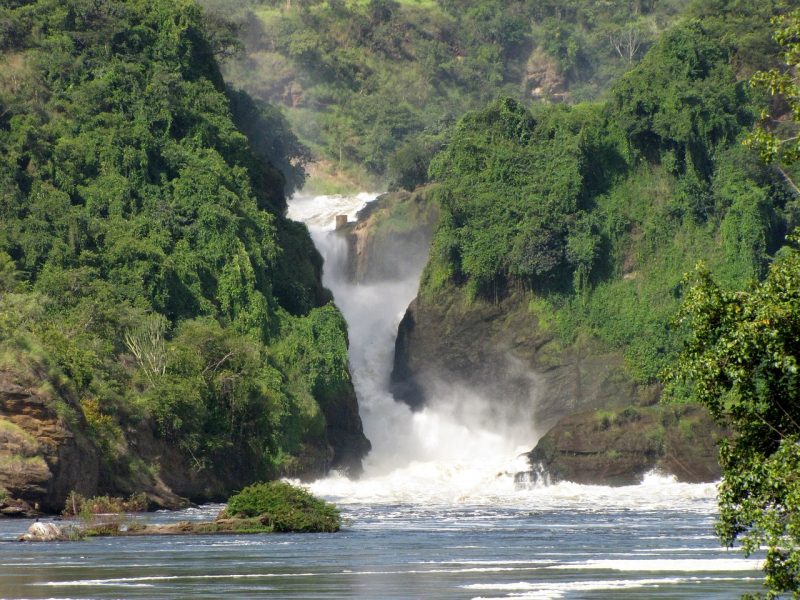 It boasts a wide variety of animals, an extensive range of birdlife, and a big concentration of game.

The park is also home to a spectacular waterfall — the Murchison Falls. This powerful waterfall with roaring cascades is fed by the Nile. The water flows through a narrow, 7 meter-wide, gorge before plunging 43 metres. It’s truly an impressive sight. 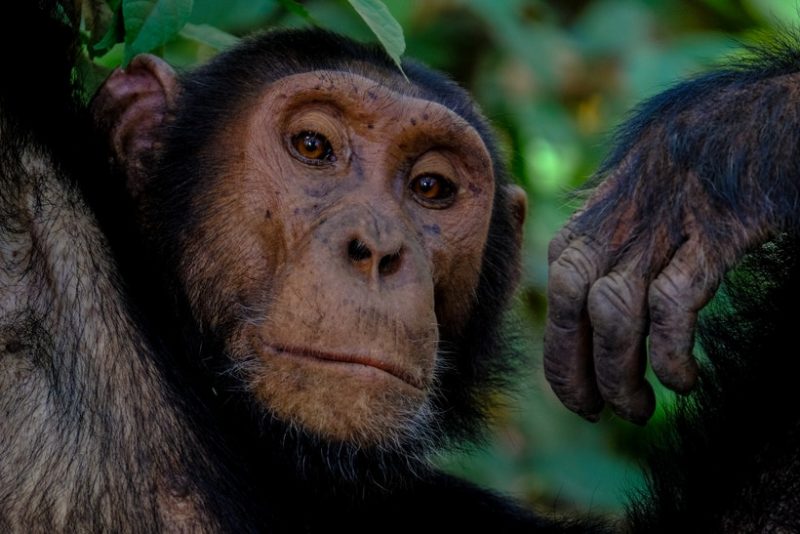 Kibale National Park is a national park in Western Uganda.

It has one of the greatest variety and concentrations of primates in East Africa.

The national park is popular for its large population of endangered chimpanzees and twelve other species of primates, including the endangered red colobus monkey and the rare L’Hoest’s monkey. 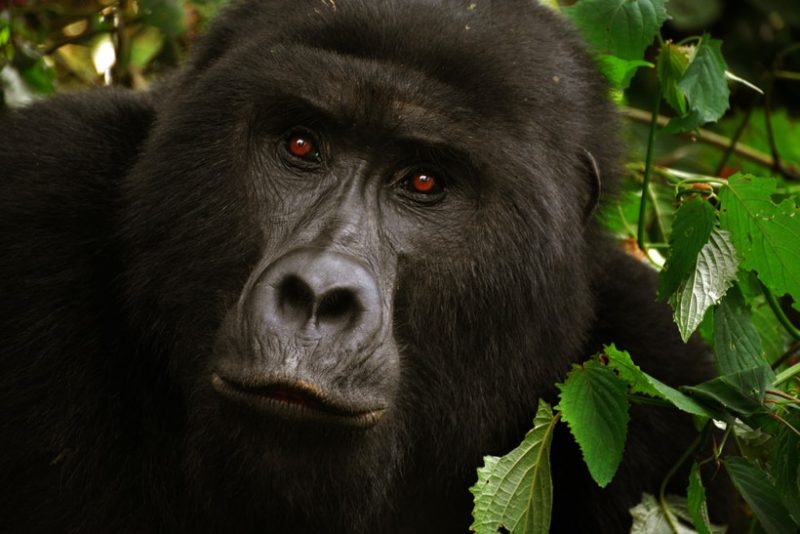 Bwindi Impenetrable National Park is a virgin forest located along with the Democratic Republic of the Congo border, next to the Virunga National Park.

The national park boasts rich biodiversity, but it is most notable for the gorillas that reside there.

400 Bwindi gorillas call the national park home — it is half of the world’s population of these endangered mountain gorillas.

Visiting Bwindi Impenetrable National Park will allow you to see the gorillas in their natural habitat which undoubtedly is one of the best things to do in Uganda. 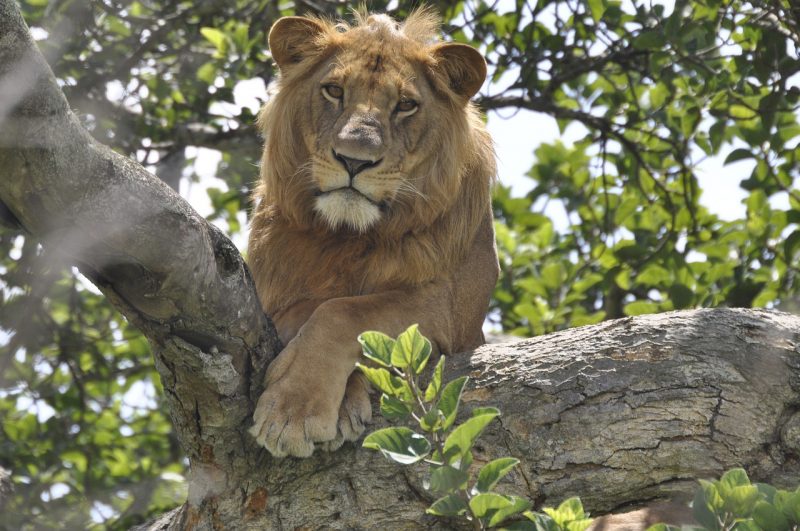 Queen Elizabeth National Park is a national park located in the Western Region of Uganda.

It lies along the northern banks of Lake Edward and is situated close to the border of the Democratic Republic of the Congo.

The national park is home to diverse ecosystems and is known for its tree-climbing lions. In the national park, you can also spot buffalos, elephants, hippos and other large animals.

Queen Elizabeth National Park is also famous for its volcanic features, including volcanic cones and craters with crater lakes. 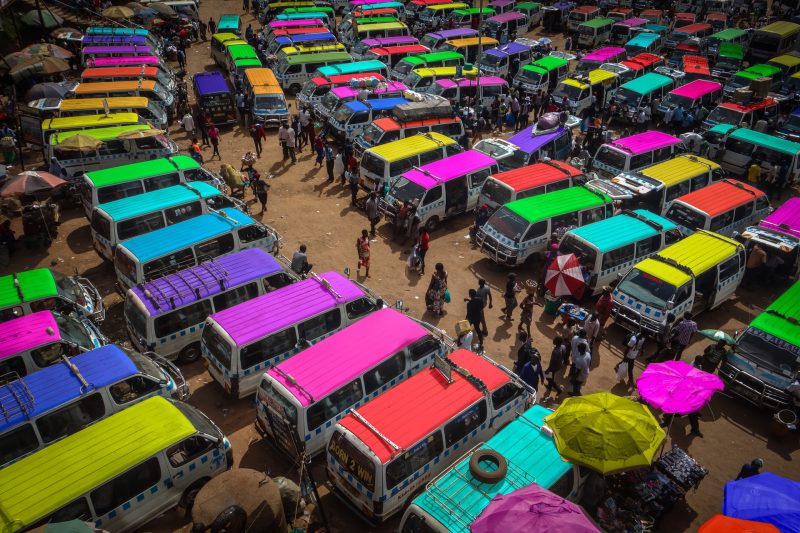 Kampala is the capital of Uganda.

It is chaotic and intense, but it is worth a visit as it boasts a number of places of interest.

What to do in Kampala? Explore the bustling Owino Market which is the biggest open market in Uganda. Visit Uganda National Mosque. Explore the streets of Central Kampala. Visit the UNESCO-listed Kasubi Royal Tombs. 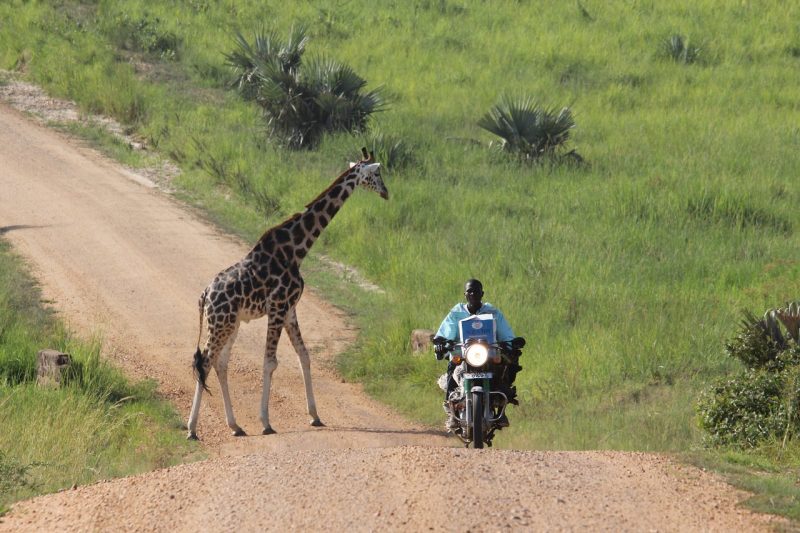