Posted on 18. November, 2019. 18:23 by Emilija
China will increase the number of ports of entry offering tourists a six-day visa-free stopover to 27.

From December 1, tourists from 53 countries can gain entry without a visa to 20 cities through the ports for up to 144 hours, the National Immigration Administration said.

China started the scheme to attract more business and holiday travellers and expand visitor numbers from outside Asia, its main source of tourism income.

Visitors need a current passport and tickets to a destination outside China that are valid within the visa-free period to gain entry. 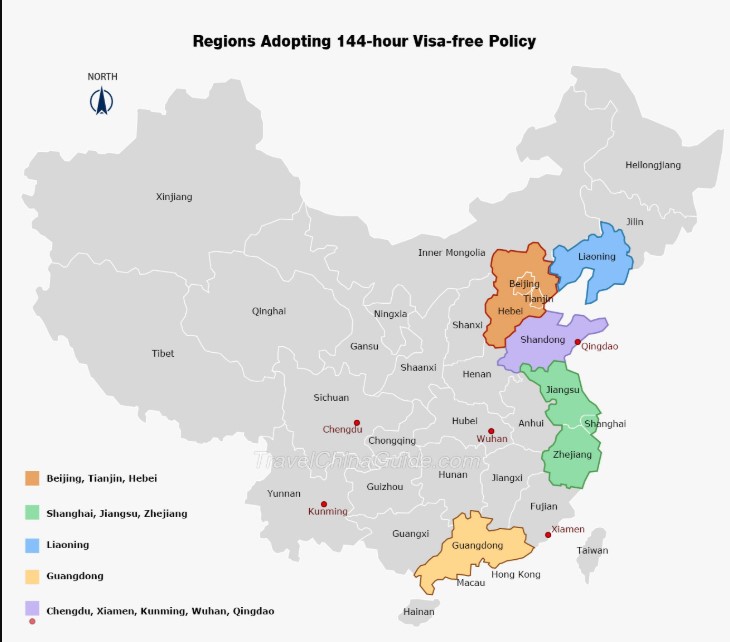 In most cases, visitors will be limited to the city where they arrived, but inbound travelers at Chongqing Jiangbei International Airport in southwestern China will be able to visit 11 cities across Sichuan province.

In January, Qingdao in eastern Shandong province and Wuhan – the capital of central Hubei – were two of four cities that began offering 144-hour stays.

The visa scheme already includes major cities such as Beijing, the northern coastal metropolis of Tianjin, Shanghai, and the technology center of Hangzhou in eastern Zhejiang province.

The 53 countries include the United States, Canada, European Union members, Russia, Japan, and South Korea, South American nations such as Brazil and Argentina, as well as Scandinavia and Gulf Arab states.

7 best places to visit in SLOVAKIA

7 best places to visit in Serbia