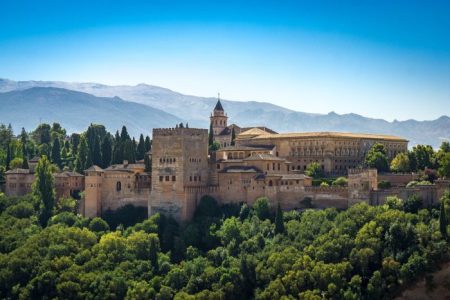 The government of Spain has revealed that a total of 30.2 million international travellers were registered entering the country in the first six months of this year, recovering about 80 per cent of pre-pandemic levels.

In a statement issued on August 2, the government also stated that the average spending amount per traveller was €1,205, and the stay was 6.9 days, ten per cent more than in the same month in 2019, SchengenVisaInfo.com reports.

“The data shows that, despite the context of international uncertainty, Spain maintains its competitiveness and a good rate of recovery and continues to be the preferred destination of millions of tourists,” the Minister of Industry, Trade and Tourism, Reyes Maroto, pointed out in this regard.

According to the government, 7.5 million international tourists were recorded in June, with a total expenditure of €8,993 million, which is 93 per cent of the amount spent in the same month of 2019.

Commenting on these data, Minister Moroto also noted that regardless of the context of international uncertainty, Spain maintains its competitiveness and a good rate of recovery, continuing to be the preferred destination for millions of tourists.

“In addition, we maintain the commitment that we are making from the Government to attract a higher quality international visitor, who finds in his visit many more reasons and experiences to increase spending and stay in our country,” he noted.

Such data also show that of the 7.5 million international visits recorded in June, virtually one in four visitors received, or 24.2 per cent of the total, came from the United Kingdom, which remains the main source market with almost 1.8 million tourists visiting.

The main destinations of these tourists were the Canary Islands, Andalusia, and the Valencian Community.

In addition, Germany and France are also rated as the countries with the most tourists visiting Spain. Tourists from Germany numbered about 1.1 million who went mainly to the Balearic Islands, and from France came 865,973 who went to Catalonia.

Moreover, in the first six months of 2022, the main regions for international tourist arrivals were as follows:

Meanwhile, the total accumulated expenses of the first six months in the Canary Islands represent 22.6 per cent of the total, followed by Catalonia with 17.4 per cent and the Balearic Islands with 16.3 per cent.

Monthly Guest Nights Spent in the EU Exceed the 2019 Levels