To PORTO from Riga just €40 both ways!

Porto is a busy industrial and commercial center. The city itself isn’t very populous (about 300,000 inhabitants), but the Porto metropolitan area (Greater Porto) has some 2,500,000 inhabitants in a 50km radius, with cities like Gaia, Matosinhos, Maia, and Gondomar. The city was built along the hills overlooking the Douro river estuary, and its historical center was awarded World Heritage status by UNESCO in 1996. It has been continuously inhabited since at least the 4th Century, when the Romans referred to it asPortus Calle. Porto has always been a mercantile city, and this is evident in the style of the buildings lining the Avenida dos Aliados, the core of the downtown area. The center of town, unlike other major Portuguese cities, which tend towards the baroque, is granite and monumental. 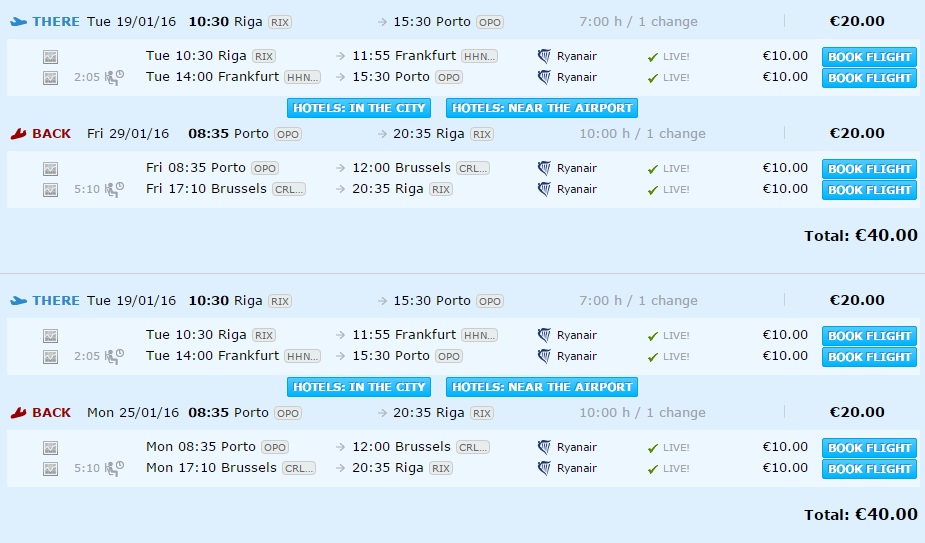 NB! Book fast, tickets for this price are limited!

1) Compare thousands of travel sites and save up to 80 % on Hotels Combined.

2) If you are interested in booking apartment or room then definitely visit airbnb.com (here you will get €19 bonus credit for accommodation after registration).

To know more about Porto, you can visit and read more in Wikitravel here

Direct flights from Vilnius to Turin, Italy from €36

Cheap flights from Tallinn to Vienna for €27