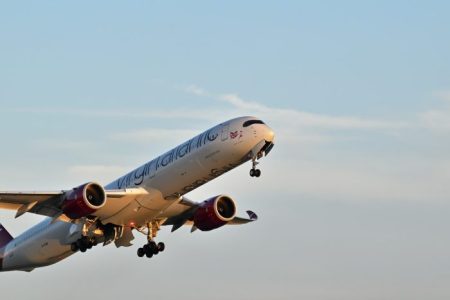 SkyTeam, the global airline alliance, and Virgin Atlantic have today announced that the UK airline will join as SkyTeam’s newest member in early 2023. Virgin Atlantic will become SkyTeam’s first and only UK member airline, enhancing the alliance’s transatlantic network and services to and from Heathrow and Manchester Airport.

Virgin Atlantic customers will benefit from a consistent, seamless customer experience, across 1,000+ global destinations. They’ll also have more opportunities to earn and redeem points across member airlines and access to a network of 750+ airport lounges, spanning six continents.

The airline’s Flying Club members will enjoy significant benefits from the day of joining, with a global expansion of its loyalty offering. Virgin Atlantic Silver Card holders will be recognised as SkyTeam Elite Members, whilst the airline’s Gold Card members will become Elite Plus. This recognition provides a raft of benefits, including priority check-in, baggage handling and boarding. Flying Club members will be able to take advantage of the benefits as soon as Virgin Atlantic officially enrols in SkyTeam, which is expected in early 2023.

Virgin Atlantic’s entry into the alliance builds upon the success of its transatlantic joint venture partnership with Delta Air Lines and Air France-KLM, each already long-established SkyTeam member. The four partners are co-located at London Heathrow’s Terminal Three, alongside existing SkyTeam members Aeromexico and China Eastern, providing customers with smooth airside transits and the most convenient connections times possible.

“Virgin Atlantic is synonymous with innovation and excellent service, an iconic British airline with a global outlook that puts customers at the heart of its operations – like SkyTeam and its members – and we are delighted to welcome them into our alliance.”

“As a member of SkyTeam, Virgin Atlantic will benefit from increased opportunities to expand its global network through partnerships and synergies: customers will have more ways to earn and burn miles while enjoying the service for which Virgin Atlantic is renowned. Virgin Atlantic shares SkyTeam’s values, caring for our customers, our employees, and the world in which they live, and we are excited to have them as part of the SkyTeam family.”

“At Virgin Atlantic, we strive to create thoughtful experiences that feel different for our customers and SkyTeam shares that customer-first ethos. 2022 marks the year Virgin Atlantic gets back to its best for our customers and people and joining SkyTeam is an important milestone. Our membership will allow us to enhance established relationships with our valued partners at Delta and Air France-KLM, as well as open up opportunities to collaborate with new airlines. It will enable a seamless customer experience, with an expanded network and maximised loyalty benefits.”

Virgin Atlantic flies to 12 destinations throughout the USA in partnership with Delta and Air France-KLM including New York, Los Angeles, Miami, and San Francisco.  In May the airline launched a brand-new service to Austin, Texas and will start daily flights to Tampa, Florida from November. Virgin Atlantic also operates an extensive Caribbean portfolio including Antigua, Barbados, Jamaica, and The Bahamas.  Virgin Atlantic also operates services to Greater China, India, Israel, Nigeria, Pakistan, and South Africa.

Virgin Atlantic was founded by entrepreneur Sir Richard Branson in 1984, with innovation and amazing customer service at its core. In 2021, Virgin Atlantic was voted Britain’s only Global Five Star Airline by APEX for the sixth year running in the Official Airline Ratings. Headquartered in London, it employs 6,500 people worldwide, flying customers to 27 destinations across four continents. Alongside shareholder and Joint Venture partner Delta Air Lines, Virgin Atlantic operates a leading transatlantic network, with onward connections to over 200 cities around the world. On 3 February 2020, Air France-KLM, Delta Air Lines and Virgin Atlantic launched an expanded Joint Venture, offering a comprehensive route network, convenient flight schedules, competitive fares and reciprocal frequent flyer benefits, including the ability to earn and redeem miles across all carriers.

Sustainability remains central to the airline and since September 2019, Virgin Atlantic has welcomed seven brand new Airbus A350-1000 aircraft, helping to transform the fleet into one of the youngest, quietest and most fuel-efficient in the sky. By 2022, the airline will operate a streamlined fleet of 38 twin-engine aircraft following the retirement of its B747-400s and A340-600s, making its simplified fleet 10% more efficient than before the Covid-19 crisis was impacted.